The stars returned to their indie roots and shared on fame, loneliness and mortality, while the fest spawned a breakout star, Ben Dickey. 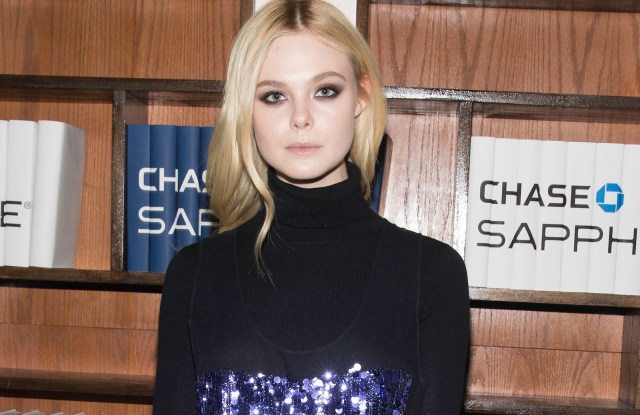 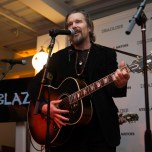 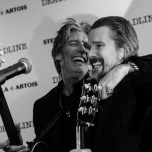 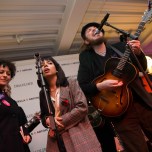 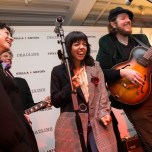 Ethan Hawke had one goal in mind when he found out he would be making his “lucky 13th” appearance at the Sundance Film Festival 2018 to premiere “Blaze,” the country musician biopic he directed. “The first thing I thought is, ‘I want [to throw] a party,’” he shared on Sunday night at Café Artois in front of a smitten crowd, including Maggie Gyllenhaal, Christopher Abbott and Paul Dano. “A party” he emphasized. In keeping with the theme of the film — about Blaze Foley, a member of the Texas Outlaw Movement whose hard-partying ways became legendary while his music did not — Hawke hosted a foot-stomping, beer-drinking hootenanny, complete with a performance by Ben Dickey, the musician — and now fledgling actor — who plays Foley in the film.

“This is one of the best nights of my life,” an emotional Hawke declared after he joined Dickey onstage to perform a song from “Boyhood.” Before that, he explained his take on Foley’s story. “Music biopics always end up being about celebrity as if the experience of being an artist is defined by celebrity or success. The great majority of artists I have known have no success. They’re met with absolute ambivalence.”

Alia Shawkat, clad in a Ferragamo jacket and “my grandma’s leather pants,” also impressed during a duet with Dickey, her onscreen love interest. “This movie was a gift to meet him. We kind of fell in friend love,” she raved. “It was new to him, but he shared himself perfectly, and he brought out a great performance in me.”

“I guess I’m the star, yeah,” shrugged Dickey. “It’s very surreal, magical, and it was life-altering. [Foley] is a wild person.” Dickey had his own version of method acting, explaining, “It was hard to shake [the character]. I got pneumonia twice. I let my guard down on all sides to be vulnerable like he was.”

The rising star also scored a role in Vincent D’Onofrio’s “The Kid” alongside Hawke. “The door was open, and I was ready to walk through it,” he said.

Hawke, who pulled double duty at the fest, also starring as a washed-up musician in “Juliet, Naked,” reflected on his long history with the indie cinema showcase. “I first came here with ‘Reality Bites.’ It was a whole different culture. It was early Nineties. ‘Slacker’ had just come out, and now it’s almost a quarter of a century later. Amazing, right?” Does the 47-year-old fret over the passage of time? “It beats the alternative,” he countered. “This is one of the last places I saw Phil Hoffman, so it’s like, ‘Wow, it’s nice to be here.’”

Across the street at the Chase Sapphire Lounge, a tardy Elle Fanning joined her “I Think We’re Alone Now” costar Peter Dinklage. Earlier, on the red carpet at Eccles Theater, Dinklage poked fun at his man bun. “How’s the hair? OK? Looks good?” he prodded photographers, proving he’s more fun to be around than the curmudgeon he plays in the post-apocalyptic film.

“He is the funniest guy I know. He is also such a very good friend. He’s someone that I would call up to ask for advice,” said Fanning, who also worked with Dinklage on “Low Down” about jazz pianist Joe Albany, which won the U.S. Dramatic Cinematography Award at the Sundance Awards four years ago. “We text all the time,” added the actress, whose sister, Dakota Fanning, is “a big ‘Game of Thrones’ fan, actually.”

“I would be very unhappy in an apocalypse,” Fanning predicted. “I’m a social person. I do not like being alone. I need to interact with people,” continued the sunny 19-year-old, who could relate to her character becoming “unhinged.” She added, “The film is about loneliness and how two people deal with being alone.”

With only two characters in the film, director Reed Morano, who picked up an Emmy last year for her work on “The Handmaid’s Tale, had her work cut out for her. “You have to keep them engaged from moment one, knowing you’re only going to have these two people and keep the tension there.” But, Morano, who also served as cinematographer, added, “It’s just the best job in the world.”

Earlier in the night, “Piercing” and “Tyrel” star Christopher Abbott, whom Shawkat dubbed “the mayor of Sundance” due to his buzzy films at the fest, stopped by the Kia Supper Suite to hang out with his “Piercing” costar, Mia Wasikowska. “That’s insane. [Shawkat] is a friend and she’s joking,” he said of his moniker. “They’re two wildly different films tonally, and one is very stylistic and one is very based in naturalism, so it feels good to have that dichotomy. It’s one of the best American film festivals to show your movies. I would be lying if I said I did movies and didn’t want people to see them.”