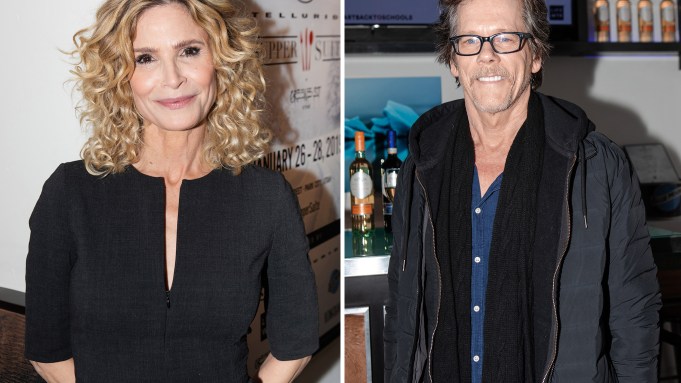 On Saturday night in Park City, an intimate group of actors took a break from promoting their latest films and gathered in promotion of a different project: advocacy for public arts education.

The Creative Coalition hosted a dinner gala at the Kia Telluride Supper Suite by Greene St. Kitchen pop-up on Main Street to hand out its advocacy awards to Josh Gad, Anna Chlumsky, Kyra Sedgwick, Alfre Woodard, Tom Skerritt, Tony Hale, Fisher Stevens (who hit the slopes earlier in the day, ahead of the Sundance premiere of his nature documentary “Tigerland”), and Mike Colter on behalf of the cast of “Before You Know It.” Despite the “gala” framework, the atmosphere of the evening, presented by LifeWtr, was unbuttoned and convivial, with those in attendance praising and chiding their longtime friends and peers.

“They’re a staunch advocate of the National Endowment for the Arts, among other things,” said Sedgwick before dinner; she was later introduced by a particularly close compatriot, her husband Kevin Bacon. “It’s always been a fight to get that money, but now more than ever when this government, this administration, is pulling money from anything that’s really not the oil companies or some other heinous egregious corporation.”

“Art is what civilizes us — it is what completes a human being, it is what separates us from other species, our ability to create and to share that creativity with each other,” said Woodard. “It’s what made us a nation of innovators, because we had strong public schools with arts from the founding of the country up until a decade or two ago, when guys decided it was extraneous and it was a luxury. And we have fallen further and further into barbarianism, quite frankly.”

The idea of taking arts for granted was a common refrain among attendees. “We live in a society where I think the arts are taken for granted, and especially in our society I think that it’s just not prioritized,” said Chlumsky, who had an enthusiastic catch-up with her “Veep” costar Hale, seated two tables over. “What are we if we’re not exploring the human condition through the poetics and the arts?”

It’s a question that Skerritt has been pondering; in fact, he’s trying to write about the process of creativity and the inexplicability of imagination.

“I think people have to understand creativity is self-expression, and the more you embrace that the more confident you are about who you are and what you are,” said the actor. “However creativity manifests itself. That goes from science into designing a frog pond; it’s all creative.”

In addition to backing the Creation Coalition, Skerritt is in Park City in support of the documentary “Memory: The Origins of Alien” as well as the short animated film “Phantom 52,” in which he voices the main character of a truck driver on the road late at night, reaching out via radio. Skerritt points to that short as representing the mystery of the creative process. Eight years ago, director Geoff Marslett read about a whale in the ocean, who had a pitch that was too high for other whales to respond to.

“There are no parameters for the imagination, and that’s the beauty of it,” Skerritt added before taking his seat. “I was a blue-collar kid off the streets of Detroit. Who would ever wind up talking to you about this stuff? Who would ever wind up having a career.…I’m so fully enriched and appreciative of all of that.”