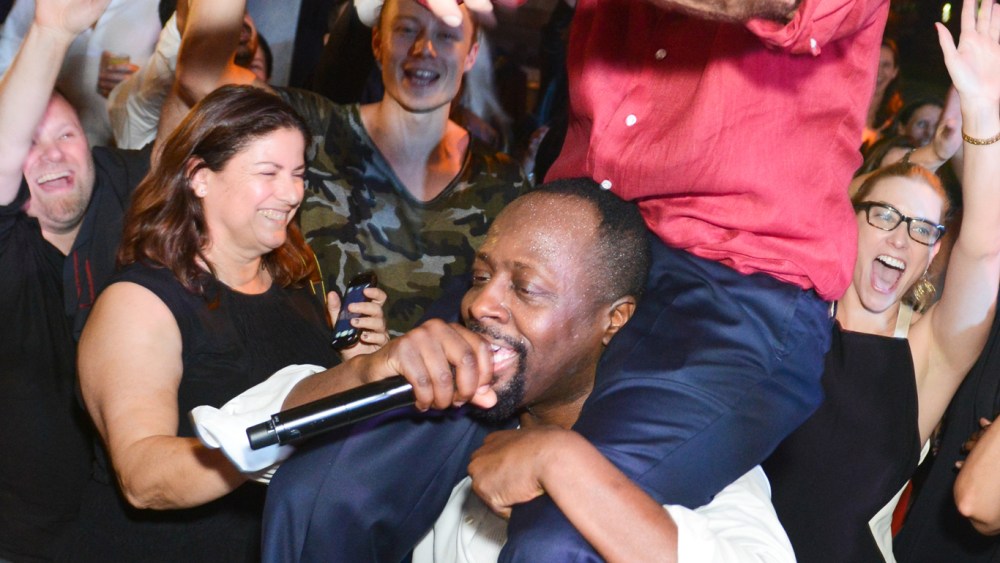 Those trying to get ahead of the hoopla surrounding Art Basel Miami Beach by flying in early were rewarded with a dinner on the veranda of the Pérez Art Museum of Miami on Monday night. Hosted by Surface Magazine and honoring the museum’s namesake, Jorge Pérez, a small gathering that included Mario Testino, Jean Pigozzi, Casey Fremont Crowe and Doreen Remen dined under a canopy of tropical plants with views of the Biscayne Bay. Many were anticipating the busy week ahead, like Fremont Crowe, who pulled up an Excel document charting her schedule. “It’s nice because a lot of the events this year seem to focus on the art itself,” noted Remen. Though that’s not to say a number of fashion brands aren’t also jumping on the Basel bandwagon (Hermès, Fendi and Louis Vuitton will all be hosting cocktail parties at their Design District stores this week).

For galleries, the dinner came ahead of what will hopefully be a fruitful week — remember, some people are in the oceanfront city to actually sell art. “The party scene surrounding the fair is a tenuous balance. It can be a turn-off for some,” said Jim Cohan, of the James Cohan Gallery in New York. “Basel [in Switzerland], on the other hand, has only art and the tone is quite serious.” Still, he said the parties don’t overshadow real business exchanges during the fair. “Miami has always been great for the gallery,” he said.

After dinner, Wyclef Jean took to the stage to serenade the crowd with hits like “Gone Till November” and covers including “No Woman, No Cry” and “Killing Me Softly.” At one point, the singer lifted Pérez, who is chief executive officer of the real estate firm The Related Group and worth $3.1 billion, onto his shoulders for a song. (Pérez donated $35 million of his fortune to the museum’s renovations.) Miami may not be serious, but then, why should it be?