The boutique hosted a display of the capsule collection and artist-designed surf boards. 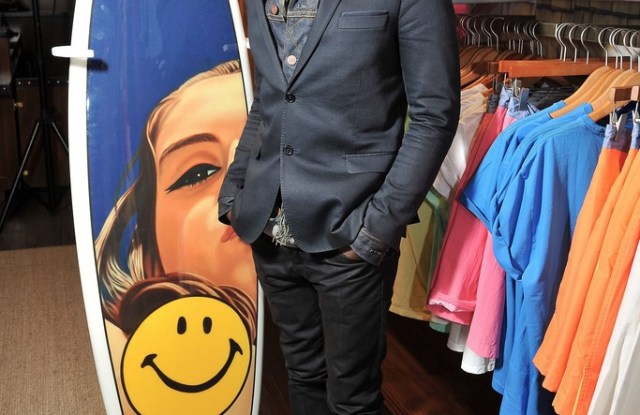 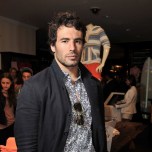 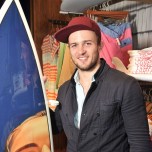 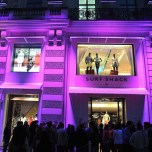 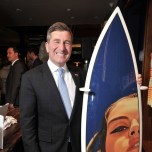 NEW WAVE: Surfing is hardly a foreign sport for the French, given the number of enthusiasts who turned up Tuesday night at the Tommy Hilfiger flagship on the Champs-Elysées for the launch of the American designer’s Surf Shack capsule collection.

Musician Marco Prince has been riding waves in Biarritz, a resort town in southwestern France, for eight years. “I have a fantastic surfboard, a Stewart,” he said proudly, describing its guitarlike coloration as “super flash!”

Prince said he would next appear on screen as an Internet sensation in the French film “Divin Enfant,” due out this fall.

Rugby player Antoine Battut said he started out bodyboarding, but quickly outgrew it and now tries his luck on a longboard off places like Cap Ferrat. “I’m really bad at it, but it’s a lot of fun,” the flanker said, reaching for a tropical-colored cocktail on a passing tray.

Judoka Ugo Legrand, who took home a bronze medal at last year’s Summer Olympics, said he usually rents a board when he’s vacationing in places like Bali, Indonesia. He’s gearing up for the Judo World Championships this August in Rio and — you guessed it — hopes to ride some waves there.