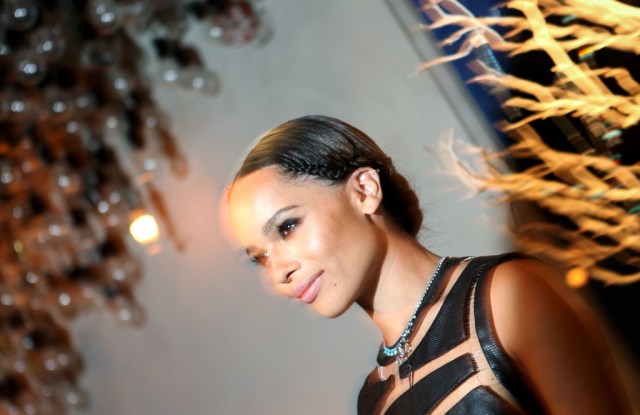 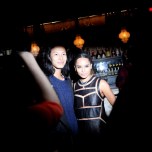 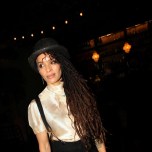 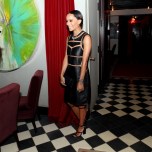 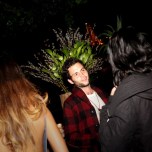 Zoë Kravitz was in full hostess mode on Thursday evening, embracing her role as the guest of honor at a dinner hosted by Swarovski Crystallized to fete the actress’ capsule collection for the crystal brand.

When not playing conversation matchmaker for the group of guests milling around the Gramercy Park Terrace (notables included Natasha Lyonne, Sarah Sophie Flicker, Arden Wohl and Zani Gugelmann), Kravitz effervesced about her first foray into jewelry.

“I was really inspired by Native American jewelry because I just think it’s so beautiful and timeless,” Kravitz said, decked out in the turquoise-heavy collection. “I didn’t want it to be gaudy. I wanted it to be something that was young and fresh and simple — something you can incorporate into your own clothes.”

Her beau, Penn Badgley, reaffirmed his role as the strong, silent type, remaining taciturn during cocktails, dressed inconspicuously in a casual flannel shirt over dark jeans.

Kravitz herself chose more festive attire, donning a black Alexander Wang illusion dress from the spring collection — causing the designer himself to visibly shimmy with glee upon arriving.

Wang made a quick exit during the predinner shuffle as guests began to take their seats at the long table adorned with white anemone flowers and oversize glass paperweights, prompting DJ Questlove to switch on some slow jams.

“Oh, I love this — I gotta tell him,” Badgley exclaimed, momentarily leaving his dinner seat for a brief powwow at the turntables.

Soon after, Elisabeth Stark, Swarovski’s vice president of marketing for multibrand retail, gave a brief toast. “I just want to congratulate and thank Zoë for this wonderful collaboration,” said Stark. “I just told her that we work with a lot of stars, but she is a special, wonderful and intelligent person.”

Kravitz could not help but interject: “Intelligent! She said intelligent!”