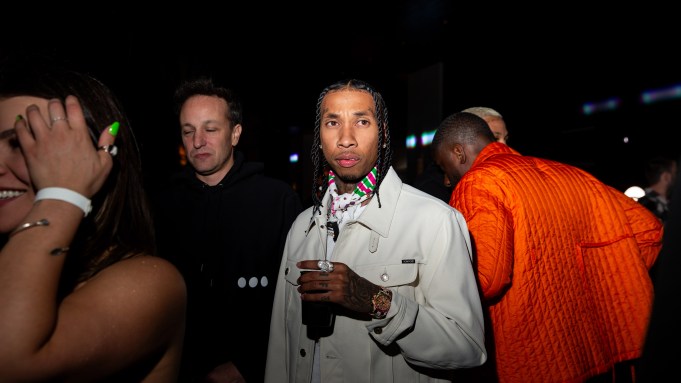 “They’re on tomorrow,” Carpenter went on, of Brockhampton. It’s what she was looking forward to most, said the 22-year-old. “They’re so good. It’s maybe one of their last times playing.”

Earlier this year, the hip-hop group revealed they were taking a break. “They invite their fans to come celebrate the end of an era with them at these final performances,” the collective said in a statement in January. They canceled their 2022 world tour dates, and their Coachella appearances — on Saturday both weekends — are expected to be their last.

The shows will be livestreamed on Coachella’s YouTube page, as are all the music festival’s performances — headlined by Harry Styles on Friday, Billie Eilish on Saturday, and on Sunday, The Weeknd and Swedish House Mafia, who threw the real “after hours” party on Saturday morning.

Kicking off at midnight and going until 4 a.m., the trio hosted in partnership with Spotify. It, too, was livestreamed, held at a sprawling 70-acre space in Coachella, Calif., known as Zenyara Estate.

“Hey guys,” said Sebastian Ingrosso alongside Axwell and Steve Angello from the stage, playing their newer hits. “Thank you for coming out. It’s been a while, huh? You know what? This is the first time ever someone has played live on Spotify, so your friends and family can see you. Say hi.”

Hands were up as the music thumped. It was 3:15 a.m., and the party was still going strong.