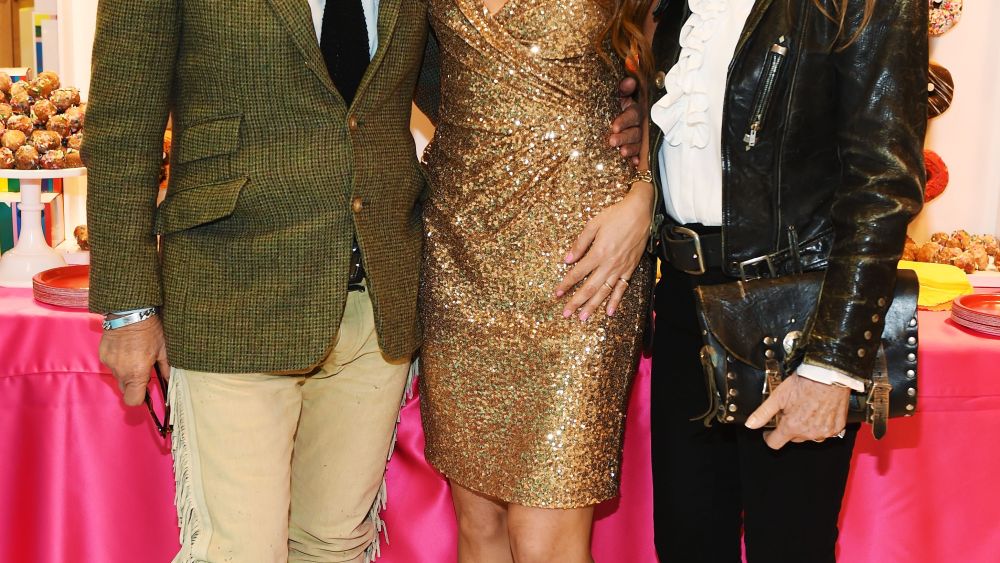 Dylan’s Candy Bar celebrated 16 years as New York City’s premier sugar fix with a colorful soiree Tuesday night. Ralph and Ricky Lauren were among the first guests to arrive at the Manhattan flagship to toast their daughter’s milestone moment.

“Most people celebrate 10 years or 20 years or whatever, but sweet 16 is so right for our brand,” said Dylan Lauren, who glittered in a gold strapless gown from her father’s label. “It was always my childhood dream to open the world’s largest candy store.”

The 43-year-old led her parents around her three-story confectionery emporium, showing off an array of candy mosaics done by celebrity pals including Julianne Moore, Katie Couric and Jessica Alba, which will be auctioned off to support a charity of each artist’s choosing.

“[My parents’ work] is of their dog Bikini and is going to benefit an animal medical center,” explained Lauren.

An offering of candy, of course, was bountiful, with Lauren admitting she normally eats “a ton” of sweets on a regular basis. “In fact, I need a piece right now,” she exclaimed, reaching for a lollipop alongside her piece of art that echoed the brand’s kaleidoscopic “whirly pop” design.

For Vera Wang, candy is dandy, but liquor is quicker. “I don’t have so much a sweet tooth — I like a vodka with the hot dogs and sliders here,” she revealed. The designer, who was wearing a sizable diamond and emerald necklace, admitted she’s “very attached” to the Lauren family and often supports them on “many of their personal events.”

Michael Strahan, who created a jelly-bean portrait of his dog Enzo for the auction, revealed that his 12-year-old twin daughters helped construct his work of art, which “made it like a family affair.”

The “Good Morning America” host, whose refined sugar weakness begins and ends with Sour Patch Kids, added, “I think there’s a jar of them here with my name on it.”

David Burtka and husband Neil Patrick Harris were also aided by their seven-year-old twins in creating their art: a top hat with an emerging set of rabbit ears. “Neil loves magic and top hats so we thought that was the easiest,” said Burtka, who attended the party solo. “It’s a lot of work [to create the art] when you’re juggling kids. They helped [glue the pieces], but did more stealing of the candy.”

Burtka and Harris chose the Elton John AIDS Foundation as the recipient charity for their piece, due in part to their close family relationship with the singer and his husband, David Furnish.

“Our kids have grown up together and we go on vacation together every summer in Nice,” added Burtka, who donned a striped plastic bow tie for the occasion. “We’ve got to stick together and support the cause.”

Brazilian artist Romero Britto, known for his vibrant Pop Art paintings, created a work to be auctioned for Best Buddies International and admitted working in the medium of candy was a unique experience. “Normally I work with paint and brushes, but candy is so much fun. I was eating and I was creating a piece of art at the same time.”

Olivia Wilde on Being an Empowered Woman in Film