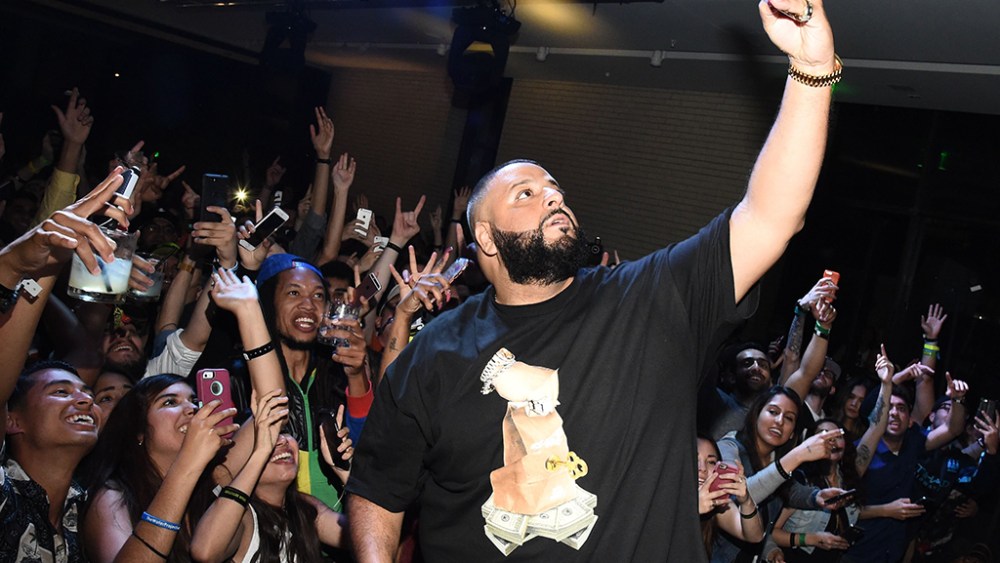 Millions follow every move of Snapchat enthusiast DJ Khaled, so it’s no wonder his followers mobbed the Urban Outfitters Space24Twenty outpost in Austin, Tex., as soon as he announced his surprise in-store appearance on Thursday to celebrate Calvin Klein’s launch at the retailer.

Surrounded by security, the record producer — predictably — snapped his way through the crowd of rabid, cellphone-wielding fans. A lucky few — 150 to be exact — scored wristbands to board party buses loaded with pizza, local brew from Austin Beerworks, and their social idol, DJ Khaled.

The 40-year-old created a playlist for the short ride to the South Congress Hotel, where he later took the stage alongside AlunaGeorge, Young Thug and Twin Shadow for a rowdy concert. Logo-laden guests sipped on spicy margaritas in the concert space, papered with photos from the current Calvin Klein ad campaign.

Aluna Francis, frontwoman of AlunaGeorge, paired her Calvin Klein denim shorts with an unbuttoned vintage vest that revealed her “ever so slightly padded” bra: “They make bras for people without boobs, so that’s helpful for me, and also they’re always slightly sporty but also sort of sexy,” said Francis, who is gearing up for a busy festival season, including a stop in Miami for Ultra Music Festival and a return to the Coachella Valley Music and Arts Festival, while also trying to complete the band’s sophomore album, “I Remember.”

Francis wasn’t the only one showing off her Calvins. DJ Khaled pointed to the black boxers peeking out of his jeans, while musician Justine Skye opted for a less subtle shout-out in a pair of khaki overalls unhooked on one side to reveal her “classic fun boy shorts” and designer sports bra. “I’m in my #mycalvins now,” she said. “It can never get old. Everyone’s going to love their Calvin Klein boxers,” summed up the R&B singer.