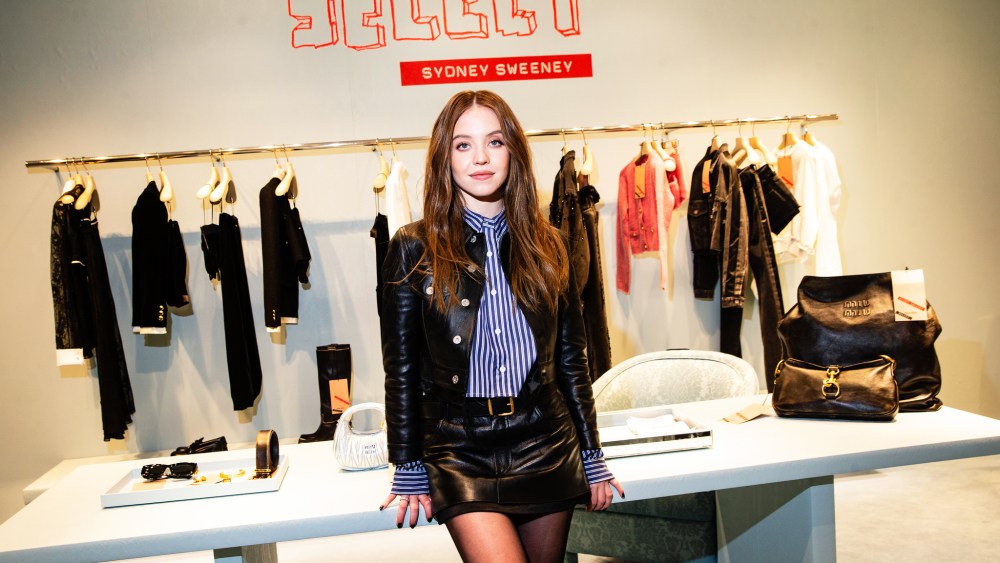 These are a few of Sydney Sweeney’s favorite (Miu Miu) things:

“There’s a sweatshirt that’s white with sparkles — I love sweatshirts, so I am obsessed with that. And there’s this cute pink set that has bottoms and a top and a sweater, and it’s fuzzy and soft. It’s really cute.”

“I love Miu Miu,” added the “Euphoria” star, peppy despite flying in from Rome the day before. “[Miu Miu] has embodied who I am, from wanting to dress up or just chill. So there’s a lot of pieces that I feel will be super cute for a night out or a night in.”

Sweeney, only in town for the night, was heading home to spend the holidays with her family. Afterward, she’s headed back to Rome to begin shooting her next film, “Immaculate.”

“It’s a horror film, and it’s about a nun who goes to a new convent — with an unexpected twist,” said Sweeney, who’s starring in and producing the movie, which is directed by Michael Mohan.

“I love it,” enthused Sweeney of her deeper level of involvement with the project. “I’m getting to build out the entire world instead of just the character. I really love putting on those creative shoes, and being in the discussions and making decisions.”