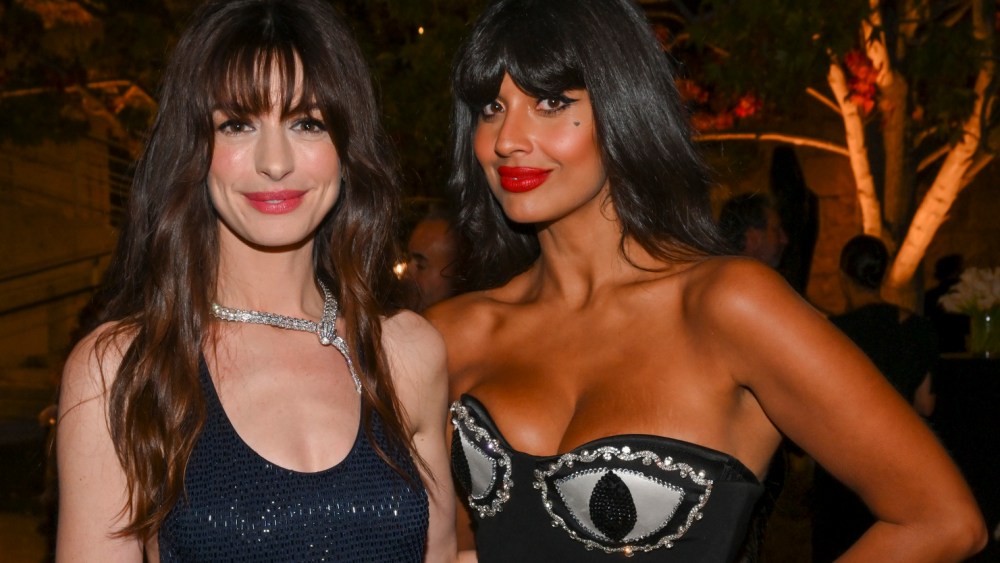 “You are the sister I’ve always wanted, and I am so lucky to be able to play a sister on ‘Euphoria’ with you and for you to be able to be my best friend,” Sydney Sweeney told Maude Apatow. “It’s such an amazing feeling, because I always had a hard time having girlfriends. You’re just everything to me.”

Apatow had introduced her costar onstage at Elle’s Women in Hollywood Celebration dinner. Sweeney was among eight women being honored, the others being Sigourney Weaver, Michelle Yeoh, Ariana DeBose, Zoë Kravitz (who did not attend), Anne Hathaway, Issa Rae and Olivia Wilde. Each appears on a cover of Elle’s upcoming Hollywood issue.

Nominated for two Emmys this year, for her roles in “Euphoria” and “The White Lotus,” Sweeney said her success came after years of rejection. Reading a letter to her younger self, she said: “’Turn that negativity and pain into motivation. Be kind to yourself as you grow and allow forgiveness as you fail.’”

Wilde, actress and director of headline-making “Don’t Worry Darling,” also brought up the power of resilience.

“We are up against a seriously massive force of opposition that has for centuries tried to rein us in,” Wilde said. “And when one of us steps back, we all step back. So, no matter how much the patriarchy relies on us to cut each other down in order to weaken our collective power, we have to resist the urge to play by their self-serving rules and remind the world, and specifically our daughters, that we aren’t so easily manipulated.”

DeBose got emotional when she took the mic. She thanked Washington, who introduced her. The two worked together on “The Prom,” prior to DeBose’s success in “West Side Story.”

“She was literally like, ‘Hi, I’m Kerry. I’m here for you’…Not only did she make me feel like I belong on that set, she made me see that I actually had something to offer,” DeBose said.

DeBose received the inaugural Amyris Impact Award, given to celebrate the impact she has made outside of film advocating for diversity, inclusion, equality and equity.

“Impact is kind of what you make of it,” she told the crowd. “You can take a compliment and let it make you feel safe or you can take a negative comment and let it live in your heart forever. Or you could turn that negativity into fuel and toss it into the fire of your creativity.”