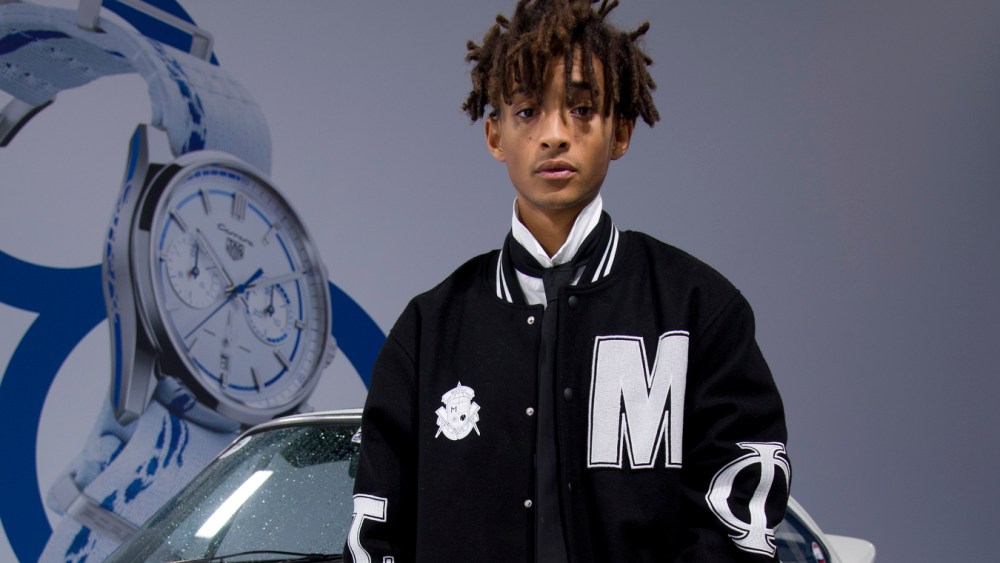 In need of a getaway car to exit this edition of Paris Fashion Week?

A Porsche Carrera would have been perfect but the trio parked on Place Vendôme were otherwise engaged: Tag Heuer was celebrating 50 years to the day since the release of the iconic vehicle.

Tag Heuer chief executive officer Frédéric Arnault described the now collectible car as an “icon among icons,” being both “sporty, performance-oriented [while having] iconic design codes with these colors — white and blue, white and green, white and red — and the Carrera stripe we now know.”

Intended as a car able to take part in racing events even with nonprofessional drivers at the wheel, the Porsche 911 Carrera RS 2.7 was revealed on Oct. 5, 1972, at the Paris Motor Show, as “the first 911 to be christened ‘Carrera’ and was the crowning glory of the Porsche range at this time,” reminded Detlev von Platen, member of the executive board for sales and marketing at Porsche AG.

Earlier in the day the celebration had kicked off with the reveal of two limited-edition timepieces by the Swiss luxury watchmaker, which reimagined its Tag Heuer Carrera chronographs in blue and red liveries, in runs of respectively 500 polished steel and 250 rose gold pieces.

The highly recognizable Porsche model made design inspirations for Tag Heuer’s limited-edition timekeeper “immediate,” Arnault said, pointing out with obvious relish subtle tweaks to the original Carrera watch model, such as the “azurage” blueing given to the dial or the now-famous typography executed with a light 3D effect on the side of the watch case.

Maria Laffont, Tag Heuer’s vice president of design and product, recalled numerous hours at the car manufacturer’s headquarters in Stuttgart, in Germany, to extract the “right balance between the immovable [Tag Heuer] codes that we would never touch” and those of Porsche’s automotive design. Those ran from chrome touches and its specific liveries to the three-spoke design on the oscillating mass visible through the sapphire crystal back that nods to the car’s steering wheel, along with both companies’ logos.

But back to Place Vendôme, where the Swiss watchmaker threw a party to celebrate the famous car’s five decades in style.

“It’s all family,” intoned the Instagram comedian known only as “Gstaad Guy.” Feeling magnanimous, he was there as the suave “Constance Von Gstaad” with his uniform of Loro Piana and a Tag Heuer wristwatch, and not as “Cousin Colton,” who’d checked everyone’s pronunciation of the Swiss watchmaker’s name at the “Gray Man” film premiere this summer — it’s “tag ho-yer” in case you’re wondering.

After checking out diamonds earlier this fashion week, Nina Dobrev was here for fast cars and precision watches. Was she preparing a heist? “I should,” she replied with a laugh, adding that her choice of events made her feel like she was casing the Place — Vendôme — or preparing “Ms. Bond.”

If Dobrev’s shimmering black sequined three-piece outfit by The Andamane, the ready-to-wear side project of Paris-Texas footwear designers Annamaria and Margherita Brivio, spelled Casino Royale glamour, pro-golfer Paris Hilinski’s hooded Rick Owens felt more like the ideal cat burglar get up as she disappeared down the stairs into the venue.

Downstairs, guests could view a compact exhibition retracing the parallel histories of Tag Heuer and Porsche, regularly crossing paths in the motor-racing field long before the car manufacturer and watchmaker formalized their partnership in 2021.

Who cracked the safe remained a mystery, but the massive vault door and gate soon opened to admit guests, ranging from LVMH Moët Hennessy Louis Vuitton chief Bernard Arnault to Givenchy designer Matthew Williams, into the main party stage, where they took in performances by DJs Miki, Breakbot and Woody Braun.

Jaden Smith, wearing the steel Tag Heuer Carrera with its sporty fabric strap, arrived just in time to see the giant five-tiered cake — a must for any milestone birthday party — arriving in a procession of sparklers as “Happy Birthday” was blasted through the sound system.