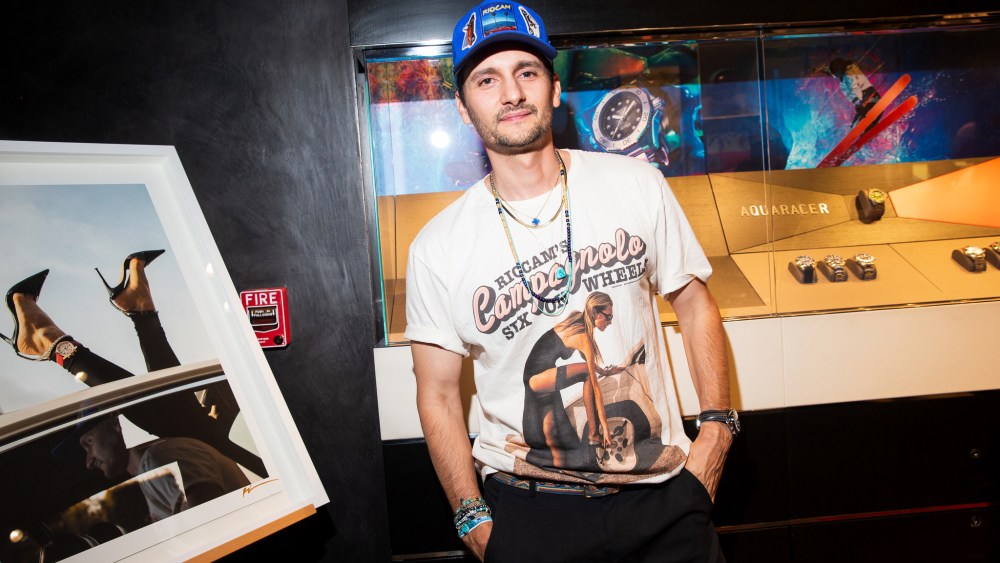 “I grew up having a poster – I think every kid had a poster of a supercar, and then next to it they had a model, a celebrity in a bikini or a dress,” said Camilo Rios White, the photographer known as Riocam. “And I wanted to combine them since I was a little kid.”

The Miami-based artist got his wish in the form of a collaboration with Tag Heuer. On Tuesday night, the watch brand celebrated the linkup and release of its new limited-edition Carrera x Porsche RS 2.7 timepieces with a cocktail party in Miami’s Design District.

“I’m a watch and car fan. So for me, Porsche and Tag was the ultimate collaboration,” added White, standing next to a limited-edition print — Tag Heuer chief executive officer Frédéric Arnault has the original in his office — displayed in the boutique. “The watch is absolutely gorgeous, and obviously a 2.7 Carrera is one of the most iconic Porsches ever built back in the ’70s, so it was a true pleasure working with them.”

The artist leaned into the idea of promoting female inclusion in the car world through his campaign imagery for the watch.

“Women love cars just like men do,” White said. “So I wanted to do something that is a beautiful woman in a beautiful car, an image that is a classic image that will never go out of style, that you look at and go: ‘wow, I want to be her in that car.’”

White is looking to open galleries in Munich and Paris, and recently relocated his Miami gallery from the Design District to the neighboring Wynwood.

“Design District is the biggest, hottest retail space right now,” said White, adding that developer Craig Robbins is a collector and friend. While Wynwood rivals the luxury shopping district for rapid development, White is hoping to return to the Design District. “I’m coming back,” he added definitively.