“It takes balls to serve cacio e pepe to this kind of crowd,” noted a dinner guest. 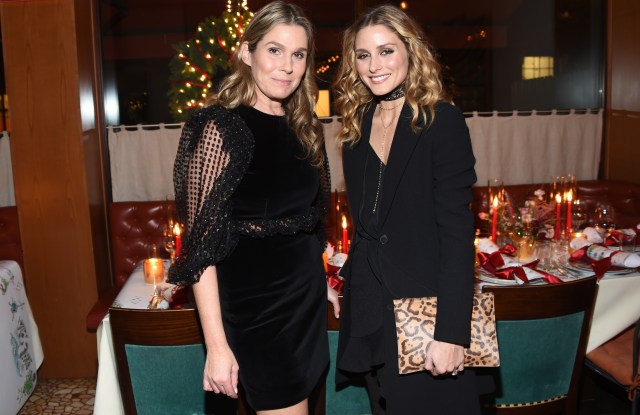 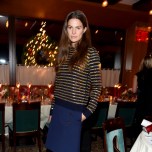 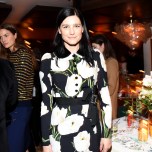 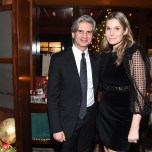 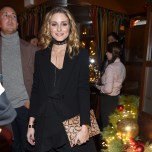 “Does anyone here know Melania?”

In the weeks following the election, the Trump name has been used in less-than-favorable regard along the social circuit in New York — but Thursday night at Sant Ambroeus, it seemed a guest or two was looking for an in.

Aerin Lauder and Olivia Palermo had gathered a crowd including Cameron Russell, Carolyn Murphy, Michael Kors, Tabitha Simmons and Gucci Westman to mark the holiday season, and celebrate Lauder’s new accessories line, of which Palermo is the face.

“We’ve actually never really talked about this, but I always used to see Olivia in pictures, and loved her hair and her style and she’s just such a natural beauty,” Lauder said before dinner. “So when we were starting to think about the brand and talk about accessories, she was at the top of our list.”

Palermo returned the praise. “I have seen Aerin on the streets uptown, and I admire her very much — her as a person and her business,” she said.

The restaurant was decked in Christmas-red candles and party crackers — filled with Aerin beauty goods — and was the first holiday celebration for many in attendance. “I think New York is such a special place at Christmas, and I think it’s really special to go to the ‘Nutcracker’ and do things like that,” Lauder said. She plans to stay in the city for Christmas, before heading to Palm Beach after the holiday; Palermo has a similar agenda. “I’m going to be home because usually I’d be in Palm Beach for Christmas and this year I’ll be home — maybe we’ll do something after,” she said.

“It takes balls to serve cacio e pepe to this kind of crowd,” noted a guest as he sat for dinner, giving Lauder an approving nod for the carb offering — salad was available as a substitute.

Around 9:15 p.m., Michael Kors and husband Lance Lepere arrived and shimmied their way between editors around the red leather booths.

“This is the only way I’ll eat greens,” Kors said, as a bowl of lightly fried zucchini made its way around the table.

With some veggies in his system, Kors entertained the table with accounts of how many calls he yields from reporters asking if he’ll dress Melania Trump, and noted that he’s eager to attend the women’s march in D.C. surrounding Inauguration Day, much to his public relation team’s discretion. His plan? To wear a hat and wave at all his clients as he marches by.