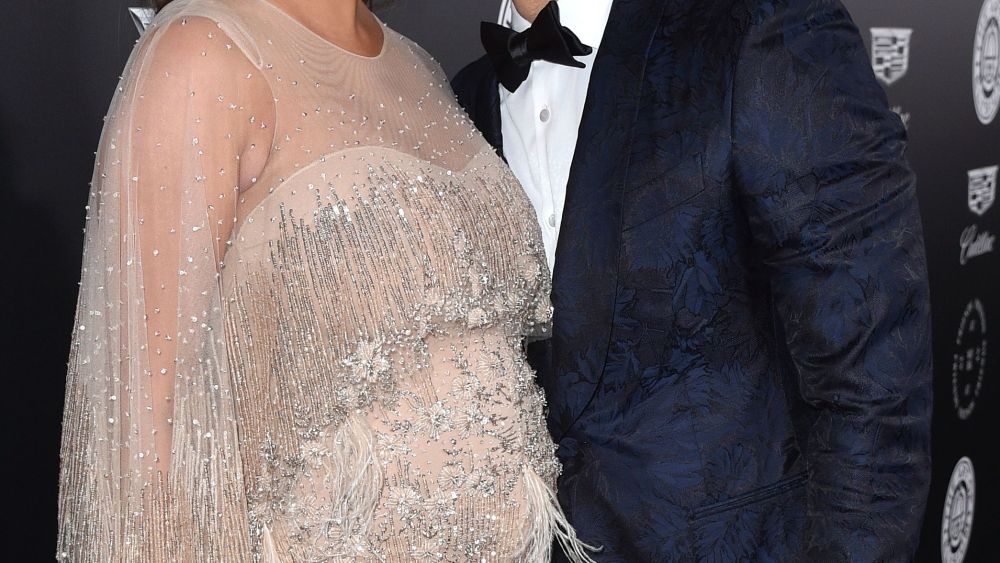 Once John Legend escorted his pregnant wife Chrissy Teigen into Art of Elysium’s 11th Annual “Heaven” gala, he promised that the couple would be there for the duration of the evening, with no sudden trips to the delivery room. “Not tonight. It would be extremely early,” he chuckled.

As the recipient of the 2018 Visionary Award from the charitable organization, which for 20 years has encouraged artists to dedicate their time and talents to programs serving hospitalized youths (now expanded to include the homeless, the elderly and those with special needs), Legend knew all eyes would be on him. After all, he creatively curated the evening to conform with his own particular take on heaven, and he closed out the night performing on stage.

But after four years of marriage, one child and another on the way, was Teigen still shooting him big love eyes whenever he sings in her presence these days? “She can’t get excited all the time. She hears it a lot,” he insisted. Instead of trying to make her swoon, Legend said he’s more focused on making her pregnancy go as easily as possible. “She has all the hard work and I do what I can to help,” he said. “We’re trying to bring this new baby to life and get it ready for the world, and that means I have to take care of my wife and make sure she’s ready to handle it.”

In any case, there were plenty of celebrity guests, including Amber Heard, Victoria Justice, Rooney Mara, Shailene Woodley, Nikki Reed, Lili Reinhart, Joaquin Phoenix and Topher Grace filling the tables inside Barker Hangar who were excited for Legend’s performance, not the least of which was last year’s honoree Stevie Wonder, who was accompanied by Kenny “Babyface” Edmonds to the gala.

And Legend was just the headliner – the evening was filled with an eclectic array of performances, including “Scandal” actor Joe Morton performing in character as the late activist/comedian Dick Gregory, 13-year-old singer-songwriter-social media sensation Grace VanderWaal, and recently minted chart-toppers X Ambassadors, whose set included their mega-hit “Unsteady.”

Also honored with the Spirit of Elysium award was “Shameless” actress Shanola Hampton. “It’s very humbling,” said Hampton. “I’m in awe of all of this, but I try to be very present in the moment. So I’m taking it with such gratitude. And my work doesn’t stop after receiving this award. I go back in the trenches on Thursday, and continue the work, and continue to battle the negative climate that we’re in by giving back.”

The actresses on the red carpet were united in their desire to join the symbolic all-black dress code for the Golden Globes. “Absolutely, no question!” said Larter. “What I think is important to understand is that there are women who have had horrible things happen to them, and then there’s the other side of it where maybe you didn’t have a certain interaction, but the pressure of that, the guard that you have to put up, the way that you can’t be vulnerable and gentle, and knowing that there’s predators out there, is a really sad thing. For me, I grew up in this business with a lot of those people. I’m so happy that these women are able to finally have a voice.”

Even the men were feeling in step with the sentiment. “It’s funny because I actually was going to wear a white jacket, just because I hadn’t worn it yet,” said “Dancing With the Stars” producer Derek Hough. “I’m going to wear black. Of course — I have four sisters. My whole life has really been surrounded by women, so I’m always for it, man. I’m always for supporting any way possible.”