The event, which is sponsored by Project Help Us Give, celebrated Target, PVH Corp., and Dr. Steven R. Flanagan. 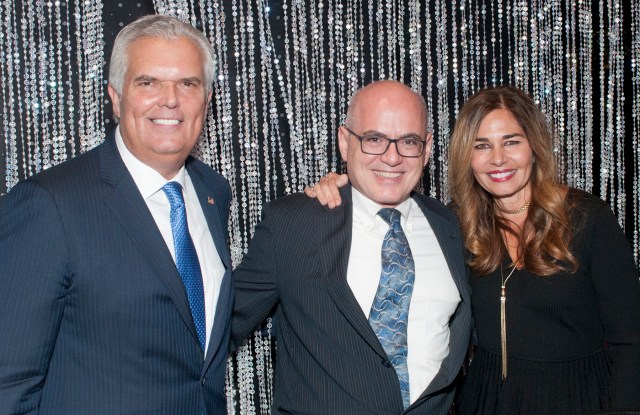 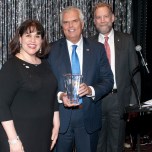 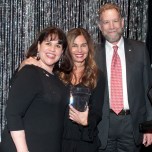 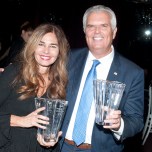 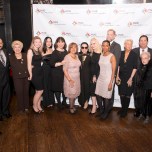 NEW YORK — The organizers for the HUG Award Gala, which is in its 61st year, changed things up on Wednesday night.

For one, the New York-based charity that holds the event has switched its name from the Intimate Apparel Square Club to Project Help Us Give. According to Michael DePrisco, chairman of the organization, the new name is an attempt to gather more support outside of the innerwear industry for the Rusk Rehabilitation’s pediatric programs and other children’s services at NYU Langone Medical Center.

They also tinkered with the night’s format and served dinner before presenting awards to PVH Corp. and Target, which was a welcome change for the audience and award recipients, who couldn’t help but mention the World Series championship game between the Chicago Cubs and the Cleveland Indians that was happening the same time as the gala.

“On behalf of PVH, thank you everybody for your generous contributions to this incredible organization and thank you for the time this evening, we really appreciate it. By the way, the Cubs are up 5-0,” said Les Hall, president of core intimates at PVH, who ended his speech on a more serious note. “A couple years ago I had a major health scare and I went to NYU Langone and I have to tell you, from the admissions process to the nurses and doctors, it was the most incredible care that I’ve ever had. So when I visited the hospital, I had a little bit of mixed feelings and a little bit of nerves, but there was a feeling of pride about what NYU Langone and Rusk does for kids and their families.”

Karlyn Mattson, vice president and general merchandise manager at Target, accepted the award on her company’s behalf and Dr. Steven R. Flanagan of NYU Langone ended the night with a brief speech about Rusk along with another World Series game reference.

“They usually give the last speaking position to the guy that’s going to take the longest, but I promise I’ll be done before the eighth inning,” Flanagan said. “I’ve been with Rusk for over eight years and since then I’ve realized it’s a very special place. Our entire staff is dedicated to improving the lives of individuals with physical and cognitive disabilities that arise from a whole host of medical conditions. While most of the patients we treat are adults, we are the only hospital to provide of acute inpatient pediatric rehabilitation in the whole of Manhattan, and one of the only comprehensive pediatric programs in the Tristate area. The mission of HUG states they are here to help those who cannot help themselves and they are true to these words in so many respects.”