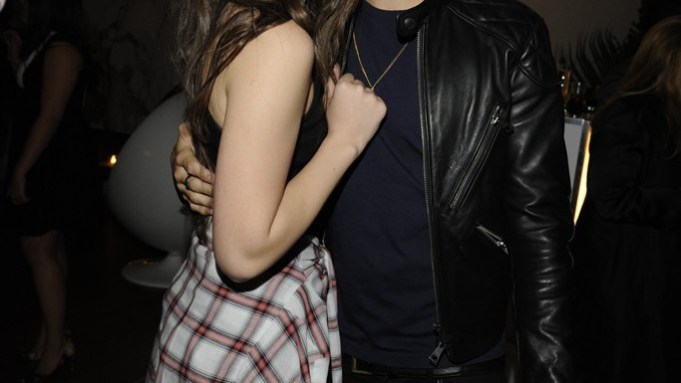 Hollywood’s stars-in-the-making gathered at a private home in the hills above Los Angeles on Friday night to celebrate Teen Vogue’s annual Young Hollywood issue at a party sponsored by Emporio Armani. The night was full of teen-y amusements including a sunglass bar, a photo booth, a performance by Wild Belle and tunes spun by brother and sister duo Wardell. Although the sophisticated duds and setting could make one forget how young some of the guests were, Maude Apatow, 14, offered a reminder.

“I was here last year but I came with my parents,” the Judd Apatow and Leslie Mann scion said.

Later on, Elliot Bergman of Wild Belle described the band’s set list as, “Classic pool party set list. All new songs that will inspire cannon balls, flips, back dives and races. We’re building up to a relay race for the grand finale.” Although the set didn’t motivate anyone to dive head first into the pool, it lured Jaden Smith and friends front and center to dance. Surprised that the performance had come to an end so quickly, he exclaimed, “Yo, what was that?”

When Hailee Steinfeld made her way to the dance floor, she happily chatted about her Teen Vogue cover. “It’s so crazy to think that I was here four years ago and that was my very first red-carpet moment, and my very first photo shoot was for the issue. So a lot of firsts happen with Teen Vogue. So it’s amazing to be here and be a part of the family.”

The party closed around 11:00 with a performance from Natalia Kills that had everyone dancing to her new single “Problem.”