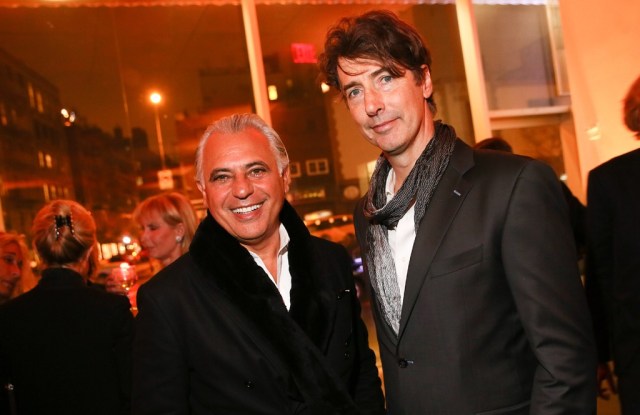 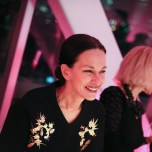 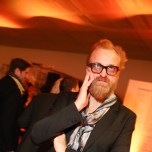 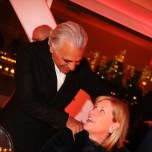 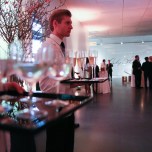 The artist Richard Phillips was in the lobby of the New Museum on Wednesday night wearing a pair of stark white Alpinestars racing shoes. The new-ish online culture magazine The Aesthete was holding a dinner to honor Phillips’ “contribution to the New York art world,” as well as a short video the site was hosting that followed Phillips as he sped his custom 1992 Porsche 964 around the road race course at Lime Rock, Conn. The crowd included Johan Lindeberg, Cynthia Rowley and Bill Powers, Aesthete editor Adrian Mainella, Brooke Geahan and Ann Dexter-Jones. Many of the men in attendance were wearing their scarves indoors. Phillips was too, but his footwear stood out.

“Finding the right driving shoes is, I’ve found, really critical,” he said. “I found this out at Watkins Glen this past summer when I was going down the straightaway as fast as I could possibly go and my foot slipped off the brake going into turn one. I quickly got it back on the brake. The instructor that was with me got startled from the….”

Joe Mimran, the fast fashion impresario behind Joe Fresh, interrupted to greet Phillips and introduce him to his wife, Kimberley Newport-Mimran. Mimran is the founder of The Aesthete, but until Wednesday he had been a largely silent backer.

“I’ve been very close to buying one of Richard’s pieces at auction,” Mimran said.

“What really caught my imagination initially was Richard’s take on beauty.”

Mimran’s appreciation of Phillips’ work had been limited to a studio visit. He had not been on the racetrack with the artist.

“You either are not a chicken or you are a chicken,” said a gleeful Dexter-Jones, who had made her way over to the pair. “It’s like ‘a little bit pregnant.’”

“Here’s the thing,” Mimran replied. “I don’t mind risking my life in fashion. I take more risks than anyone can ever imagine financially, but when it comes to speed or heights, I’m a chicken.”

“I am not a chicken with speed,” Dexter-Jones said, “Heights, my stomach goes over. But I like the thrill because I am missing that chip that says this is dangerous.”

Phillips had been quiet.