The Art of a Dior Collaboration

The luxury house toasted its latest Dior Lady Art Bag collaboration with a store cocktail and intimate dinner, with several of the contributing artists in the crowd. 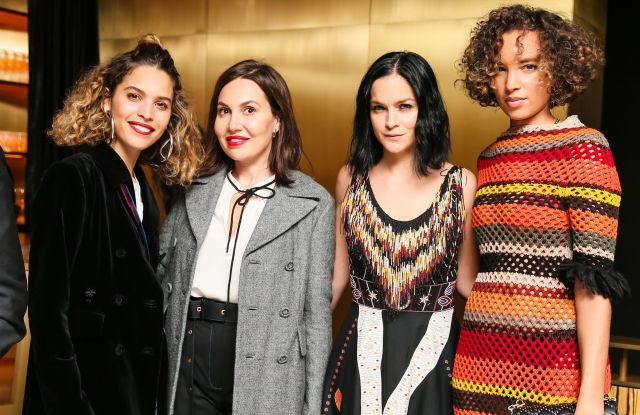 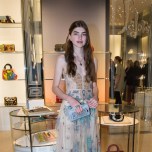 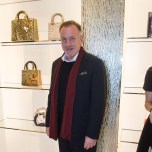 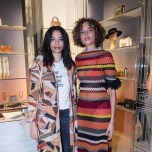 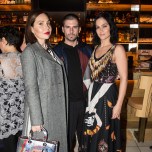 “I wouldn’t be here, but my mom’s in town, so [she said] ‘Lets go to Dior,'” said fashion newcomer Friedrich Kunath, sitting in the second-floor shoe section of the Dior flagship on 57th Street in New York. The L.A.-based artist — and his Dior-loving mother — certainly had a reason to be there: the luxury house was celebrating the second edition of its Dior Lady Art bag collaboration, and he was one of 10 artists chosen to lend their touch to the iconic accessory.

It was Kunath’s first collaboration with a fashion brand, and the process couldn’t have been smoother. “They gave me carte blanche, which is nice,” he added. He described his approach as giving the luxury house a “Venice Beach treatment,” with his bag featuring rainbow-hued handles, a cloud charm and the depiction of two faces inches away from kissing.

“I liked the idea of some old world Parisian lady taking a Venice Beach towel to a gray day in Paris,” he said. “I’m from Europe, I live in L.A. There’s this kind of romance of intercontinental heartbreak. There’s a distance, and there’s a distance in everything.”

Later, a group of artists, editors and their associated posses walked over to newly opened The Lobster Club for an intimate dinner.

“I think they found my art on social media, which is really cool,” said Jamilla Okubo as she took her seat at one of the long tables set up in the restaurant. She described her bag as being inspired by African fabrics and layering techniques of Ankara fabrics. “I wanted to transport that onto the classic Lady Dior bag and see how it worked on another type of surface,” she continued, before praising the final result. “I was so excited to see the bags in person, to be able to touch the beads and different techniques the artisans used.”

David Wiseman, who has created ceilings for Dior’s flagships in Shanghai, Tokyo and New York, also praised the ease of working with the luxury house.

“They were able to exceed what I wanted,” he said. “I would just do a little sketch and in a matter of days they would create a prototype that just blew me away,” he said. “It was as though the craftsman understood exactly what I was going for. It was really a dream collaboration.”