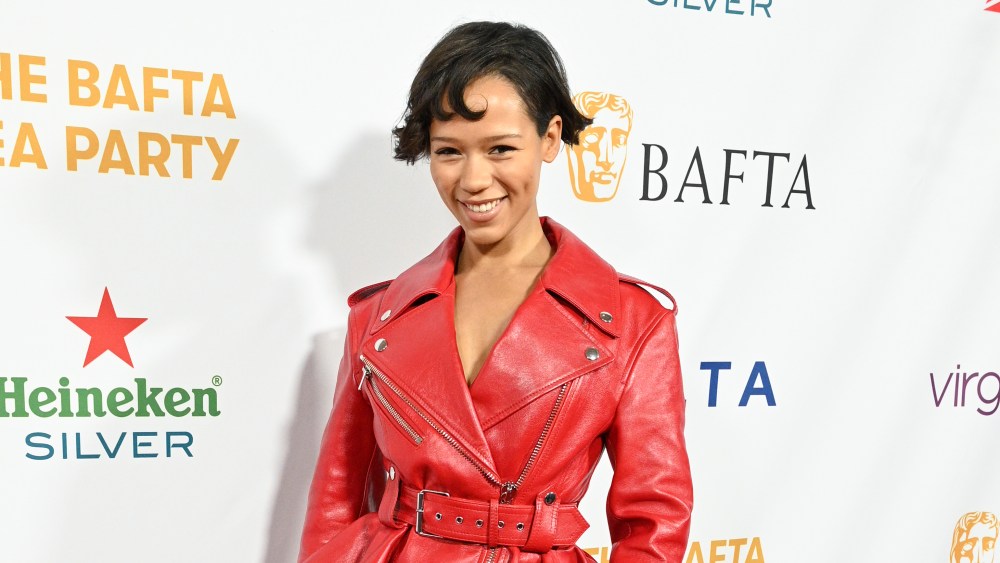 “It feels tremendous,” exclaimed Angela Bassett post-win, of taking home best supporting actress at the Golden Globes for her role as Queen Ramonda in “Black Panther: Wakanda Forever.” Four days later at the BAFTA tea party, she was still beaming in the awards season glow, as were many of the guests, despite the less-than-stellar weather.

“It really does — I mean, I couldn’t be more proud of myself,” she went on, with a cheeky smile. “It feels pretty tremendous.”

Inside, at the Four Seasons in Beverly Hills, the very British event was all about finger sandwiches and scones, coffee and, of course, hot tea. How does Bassett drink hers?

“Straight, just the bag and hot water,” she said, decked out in an Elie Saab suit. “I don’t add any sweet or lemon. If a lemon’s there, maybe. But I just like to taste it for itself. I don’t like to doctor it up too much.”

“I love a London fog,” said “Everything Everywhere All at Once” actress Stephanie Hsu. “It’s a tea with a little bit of steamed milk and sugar, but I usually do a nondairy alternative.”

She was wearing an 18th-century-inspired dress by British designer Simone Rocha: “The invite is a tea party, so I was like, ‘Let’s go tea party.’”

The London-like downpour outside was fitting for such an occasion, she added. “The rain!”

“I was expecting more sun in Los Angeles,” said Zar Amir Ebrahimi, dressed in head-to-toe Chanel — down to the accessories. “I’m coming from Paris. I think I brought this rain.”

“That award was a message of justice and hope, not only for me but many Iranians and exiled people,” she said.

Michelle Williams, too, was reflective — on “The Fabelmans”’s multiple wins at the Globes, which received best drama and best director in a motion picture.

“I love that Steven Spielberg,” she said. “He’s my boss. He’s my director. He was my son for about three months. He means so many things to me. To see something like that happen to him on such a personal film, it just warms all of my hearts. I feel like I have a constellation of hearts for him, because we are connected in so many different ways.”

She opted for a bright yellow mini for the tea party.

“I wanted to feel like a royal,” Jaylen Barron, star of the Starz series “Blindspotting,” said of her Bazza Alzouman look. (She was dressed by Andrew Gelwicks.) “Giving princess vibes, that was literally the inspiration.”

Asked how she takes her tea, the 25-year-old had a different interpretation.

“Hot,” she said. “Piping hot, girl. You want something? I got it. Listen, mental health is wealth. Here’s some spitting hot tea right now: Therapy will change your life. Your mental health journey is important, and once you figure out who you are and align in yourself, everything else will fall into place. That’s the real tea.”