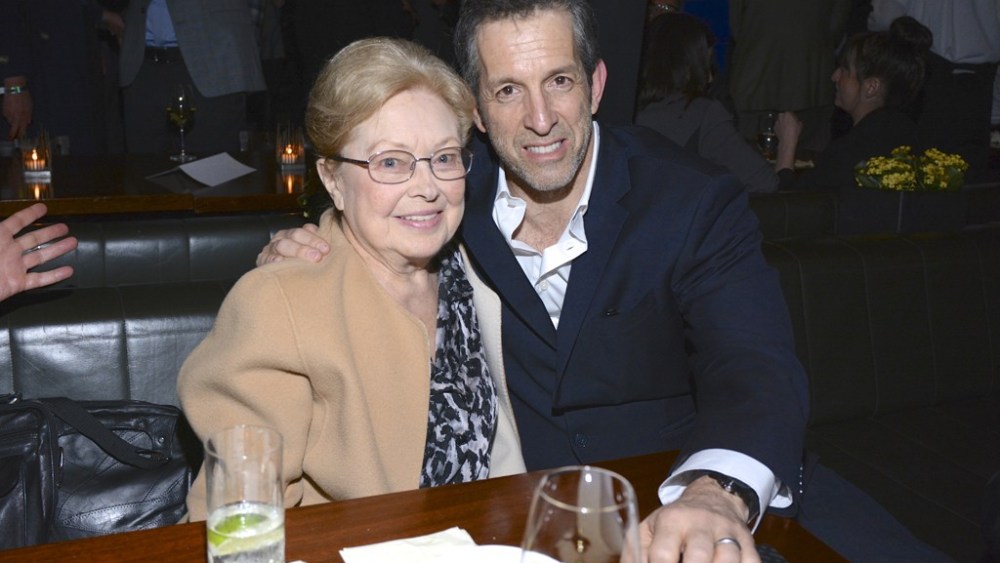 NEW YORK — “We’ve made lots of progress. The drugs are still not perfect. There are more advances needed to be made in research,” said Mathilde Krim, cofounder of amfAR, speaking on a panel following the screening of the documentary “The Battle of amfAR” at the Tribeca Film Festival Wednesday night.

The film, released by HBO Documentary Films, will air on the cable network in December coinciding with World AIDS Day. It was produced and directed by Rob Epstein and Jeffrey Friedman, the creative team behind “The Celluloid Closet ” and “Lovelace,” and executive produced by Kenneth Cole.

The film tells the story of how Krim, a research scientist, and Elizabeth Taylor launched the country’s first AIDS research foundation and changed the way people think about HIV/AIDS. To date, two people are believed to have been cured of HIV/AIDS, and things are progressing quickly in terms of finding a cure. “That is our goal, to have a cure that works for everybody all the time,” said Cole, chairman of amfAR.

Cole, who moderated the panel with Kevin Robert Frost, chief executive officer of amfAR; Regan Hofmann, a journalist and global health consultant, and Krim, said that historically the stigma was as devastating as the virus itself.

“It’s as deadly as the virus,” said Hofmann, who is HIV positive. “We have a chance to reposition this disease. It’s at a tipping point, but it’s very much still an issue.”

Following the film and panel discussion, guests moved to Colicchio & Sons for a cocktail party to celebrate the documentary.

Uma Thurman said she attended because she’s a personal friend of the directors. “I’m looking forward to working with them. I’m big admirer of their work.” She said this wasn’t her first amfAR event and her friend, the late Natasha Richardson, was a board member, and Thurman had joined her in her efforts. She said people have become complacent and it’s important to realize “that this work is not done and how active the disease is in our community today.”

Cole said it took a year and a half to make the film. They began working on the project after Taylor’s death and they wanted to do the movie while Krim, 86, “was still strong and willing.

“I asked to tell her story, and she said, ‘I prefer you tell amfAR’s story,’” said Cole. He believes the timing is right to come out with a documentary such as this. “There’s no better time than now. AIDS films create this false sense of hope. It’s as big a threat as it ever was,” he said. AIDS research has made such significant breakthroughs and progress the last few years. “We’ve literally learned how to keep everybody safe, which is huge,” he said.

Anna Chlumsky, star of the HBO show “Veep,” said she was glad she saw the movie and appreciated how important the foundation was to the cause. “I didn’t know the history of it, and I knew I’d learn something. I really support any program that educates about the cause,” she said.

Hofmann said she does a lot of speaking about HIV/AIDS in schools and there’s a real need to awaken America’s youth. “This is a real risk. The President has been a strong supporter of HIV [programs]. You need to have the budget match the commitment. We can end AIDS. We need the political will and financial capital to get it over the end line. We’re closer than people realize,” she said.

Friedman said he chose to make the film now because people don’t know the history. “People think AIDS is a problem that’s been solved and it hasn’t. Young people don’t understand what AIDS means. It’s good for classrooms. We’re really close to a cure.”

Although Woody Allen didn’t attend Wednesday night’s festivities (he was listed on the invitation), he did make a cameo appearance in the film, showing up at a dinner party at Krim’s apartment. Asked what Allen was doing in the film, Friedman replied, “Mathilde [Krim] called him and he said he’d do anything for her. He adores Mathilde.”