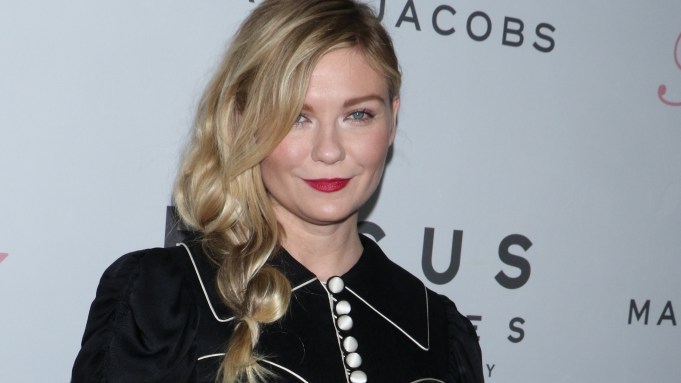 Last month at the Cannes Film Festival, Sofia Coppola became the second woman ever to win the festival’s award for best director for her atmospheric Southern Civil War-era drama “The Beguiled.” On Thursday night, a crowd converged upon the Metrograph cinema in Manhattan on the film’s opening night to have a look for themselves.

“I thought it was interesting to look at what it was like for the women left behind during the war,” said a soft-spoken Coppola of her film, shortly after Marc Jacobs — a sponsor for the evening — pulled her aside for a selfie in front of an easel-propped movie poster. “I like this story because it’s about women at different ages…It has a lot to do with their desire and treating that in a human way.”

Illustrating that point, Coppola was joined at the premiere by two of her cast members: Kirsten Dunst and 14-year-old Oona Laurence.

“We just had a blast. There are so many memories that we made,” Laurence said of working with the ensemble cast, which also notably includes Nicole Kidman and Elle Fanning. “I miss all of them so much. Especially the girls, too, we really bonded.”

And what about the one male member of the cast, Colin Farrell? Did he hang with the gals on set?

“He was very into his work so he didn’t always, but he’s just so great,” Laurence said. “I think he was a real sport considering he was kind of…how do I say this? I’m trying to find the word. He was the guy of the film. Everyone kind of admired him.”

Farrell may be the guy of Coppola’s film, but Clint Eastwood was the “guy of the film” for the 1971 version directed by Don Siegel. Coppola’s movie has been lauded for showing the female gaze (as well as criticized, for cutting out a slave’s narrative from the original). How do the two versions compare?

“In the Clint Eastwood movie he kissed a six-year-old in, like, the second scene. So that to me is very Seventies, anything goes. The women’s desires were portrayed so much more salaciously,” said Dunst, dressed in a very on-theme Gucci dress for the evening. “This film is told with the women’s perspective, and respected female desires, and made [the story] more relatable for women.”