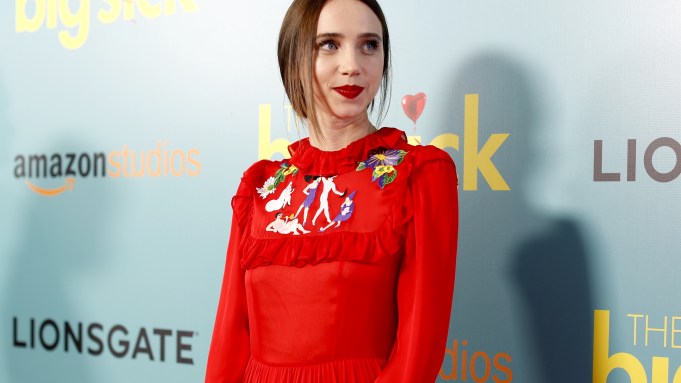 Just when we thought all romantic comedies were the same, along comes “The Big Sick,” a funny, at times awkward, story inspired by true events. Kumail Nanjiani (who plays himself in the movie) and his wife, Emily V. Gordon, put pen to paper and wrote about their love story. The film premiered in New York Tuesday night at the Landmark Sunshine theater featuring a cast that included Zoe Kazan, Ray Romano and Holly Hunter.

Kumail, a Pakistani immigrant with a traditional family, is an aspiring comedian in Chicago. His mother (Zenobia Shroff), true to tradition, wants him to have an arranged marriage. At every family dinner, another potential wife “drops in,” claiming they were just in the neighborhood, and Kumail struggles to please his parents, though an arranged marriage is not what he wants.

At the Tuesday night premiere, Nanjiani and Gordon, now happily married (in real life), reflected on the importance of telling their story.

“I think most rom coms are good when they deal with real world stuff, not just like two people who fall in love,” said Gordon. “Because any time you fall in love there’s always context; no one is ever falling in love in a bubble. Context is always there, it’s not something to shy away from or ignore. You kind of have to embrace it.”

‘There’re many different parts of people and it can be tricky to try and negotiate what your family wants versus what you want, and our movie is about how messy that is,” said Nanjiani. “There’s no real right answer — you sort of do the best you can and hope they can work through it. It’s not easy but it’s worth it.”

The film has been lauded for its handling of race and family in relationships. “[It’s] not stereotypical; it shows the Pakistani immigrant mother as she is: wanting the best for her children but still not quite understanding that a child might not want that for himself,” said Shroff on the red carpet.

When Kazan’s Emily falls ill and is put into an induced coma, it forces Nanjiani to confront his inner struggle between beliefs and love. He spends time with her parents (Romano and Hunter) in a series of laugh-out-loud misadventures that bring him closer to Emily.

“Every 45 seconds it’s a good laugh,” said Hunter, “[but] it is a true full-blown crisis and many things are revealed in that particular time.”

Christie Brinkley on Ageism, Healthy Living and How a Sick Puppy Started Her Career