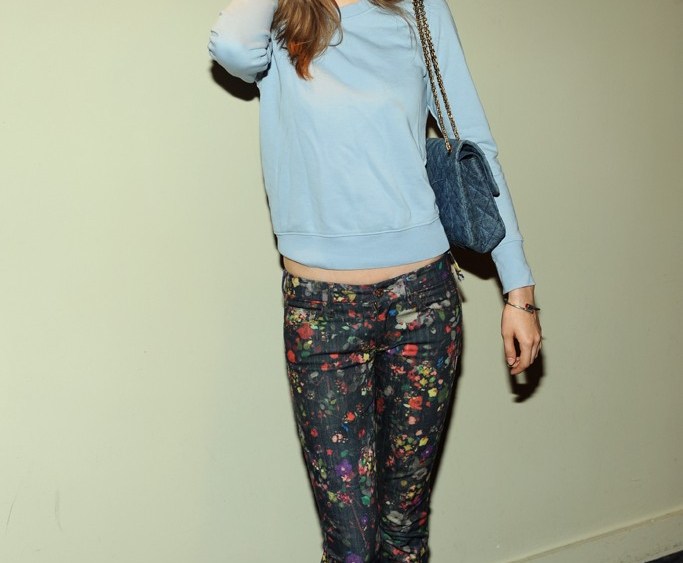 The stationed guards lining the stairwells and lobby of the Landmark Sunshine Cinema in New York on Wednesday night looked an awful lot like Secret Service agents at the premiere of “The Campaign,” a politically minded farce from Jay Roach and Chris Henchy, starring Will Ferrell and Zach Galifianakis. “Is this to ‘set the scene’ for the movie?” one partygoer wondered aloud, as a stern-looking man in a suit and tie waved a metal detector wand over his person. Not at all: p.r. reps explained that Warner Brothers had employed the guards to be on the lookout as part of their stringent antipiracy measures. They checked moviegoers like Sofia Coppola, Lindsey Wixson, Terry Richardson, John Stossel, Susan Sarandon and Marjorie Gubelmann for recording devices before permitting them access into the crowded theater.

“I’m a political-news junkie….I think comedy is the right response to politics these days,” Roach said of the film, which begins with a quote from Ross Perot (“War has rules, mud wrestling has rules. Politics has no rules.”), and which focuses mainly on the manipulation of government by those with large bank accounts. Essentially, if “Zoolander” took light jabs at the more ridiculous aspects of the fashion industry, “The Campaign” shadowboxes with the political realm. Mixed in with the lewd jokes, occasional baby-punching and repeated reverence for bodily functions is a running winking reference to a pair of high-powered billionaire brothers (the Moch brothers, played by Dan Aykroyd and John Lithgow) who use political candidates to further their own agenda. “The truth of what goes on is probably more scary than funny…the story is making fun of the amount of money that can be poured into elections and how much influence that has,” Ferrell qualified after hamming it up on the step-and-repeat with Galifianakis, who added faux authoritatively, “We’re showing, in a funny way, how the sausage gets made.”

After the film, guests headed a few blocks southeast to Sons of Essex, where campaign-style buttons were on display alongside American-flag-splashed bottles of Svedka. Jon Hamm navigated the crowd in a newsboy cap, much to the pleasure of a heavily tattooed female member of the bar staff who immediately ignored all other patrons. “I liked it,” Hamm said of the film. “I think it’s important that we can laugh at what’s going on in politics these days.”

Russell Simmons was on a sort of campaign himself, planning his Art for Life benefit in the Hamptons on Saturday. “We’re honoring Mariah Carey…Anita Baker is performing. So is Diggy, my nephew, and Salt-n-Pepa. We’ve been sold out for 10 days,” Simmons said. “We’ve already raised over a million dollars, and it hasn’t even happened yet — it’s our biggest year ever.”

Outside the party, autograph seekers lingered. “Jon Hamm’s in there,” one confided, clutching an NBC-emblazoned folder. “Comedy premieres are good because all [the actors’] comedian friends come. A lot of the cast of ‘SNL’ is in there. I’ve almost got them all.” What did she think of a political gross-out comedy? “I guess politics are pretty gross anyway,” she mused, before making way for the door so as to catch a departing Rachel Dratch.