The Celeb Scene at Prada Resort 2019

Prada's show on Friday night before the Met Gala brought a roster of culture stars — from Selena Gomez to Uma Thurman and Gary Oldman — to the West Side of Manhattan. 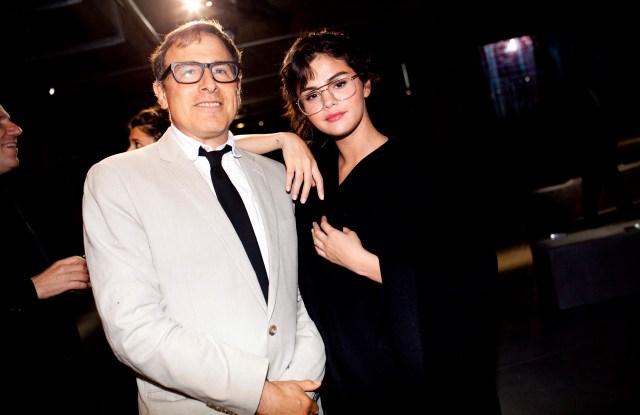 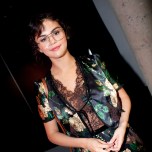 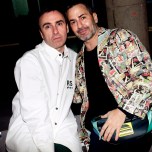 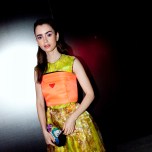 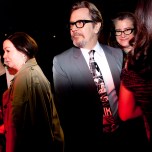 “It really transforms you,” Dianna Agron said Friday night, only hours after arriving in New York from London. The actress was on the seventh floor of Prada’s west side corporate offices, where the house staged a resort runway show Stateside for the first time. “I mean, I just got off a plane and I had to run home and change really quickly. You put on this dress and you instantly feel alive and fun, and not like I just hopped off a plane.”

After the show, guests mingled in the space before sitting for dinner in the next room. For many, the event was a warmup for the Met Gala on Monday night, and reflected a similar roster: Dakota Fanning chatted with Jonah Hill; Sarah Paulson huddled with Tracee Ellis Ross and Claire Danes; Lena Waithe, Zadie Smith,and Lily Collins showed up, and even Selena Gomez and stylist Kate Young made a late appearance. (“I didn’t watch the show — I just came for my friend,” Gomez said while making her way to dinner.)

“We’re here [in New York] primarily to go to the Met,” said Gary Oldman, making the rounds with his wife, Gisele Schmidt. The actor is a former Prada campaign face and runway model, and was dressed by the brand during awards season. (Yes, they’ll both be wearing Prada on Monday.)

“[Miuccia Prada] seems to be on a roll. Just the last couple of years going in — and obviously it’s easier for the men because you can wear a tuxedo — but for the ladies where you can’t wear anything twice, it was great going to the store with you,” he added, glancing at his wife. “And some of the gowns and things were extraordinary.

“I mean, it’s sort of an unusual thing for her [Miuccia Prada] to be here — really, the first time in the U.S., so it’s quite an honor. We love the clothes, the beaded stockings—” he began to trail off.

“—The beaded stockings, I loved the knit shoes,” Schmidt picked up. “I thought the knit jackets, the ensembles were great, the colors were so much fun. You know what Mrs. Prada does best, is that her clothing speaks to any body type…I think it’s always been really flattering, and I think it’s really accessible.”

For actress Sasha Lane, who broke onto the scene with her debut role in “American Honey” last year, it was her first Prada show, ever.

“I want all of the shoes. I love them,” Lane declared from a corner of the room near the bar, where she was standing with Gabrielle Union. “The vibe kind of reminded me of the old ‘Clueless’ movie — but like a modern version of it.”

Nearby, Prada’s number-one fan was ready to rave about the collection that had debuted minutes before.

“I’m probably one of the very biggest Prada fans in the entire world,” said Marc Jacobs. “And I love what Miuccia does, and I love seeing the shows. And I love those long looks with the overcoats and the first looks out. I love the hats, I love the character, I love all the self-referential Prada — the color, the print, the patterns. I mean, I can’t find anything wrong with it, I love it.” Jacobs wasn’t the only designer in the room — Raf Simons and the Mulleavy sisters had also taken a pause from Met prep to watch the collection.

“We’ve gone through multiple fittings for the Met already, so I think we need to recover from all the fittings. We’re going to start grooming early and get it all sorted out,” Jacobs added of his and fiancé Char Defrancesco’s Monday plan.

“We have so much stuff to do, I don’t even know,” Defrancesco added.