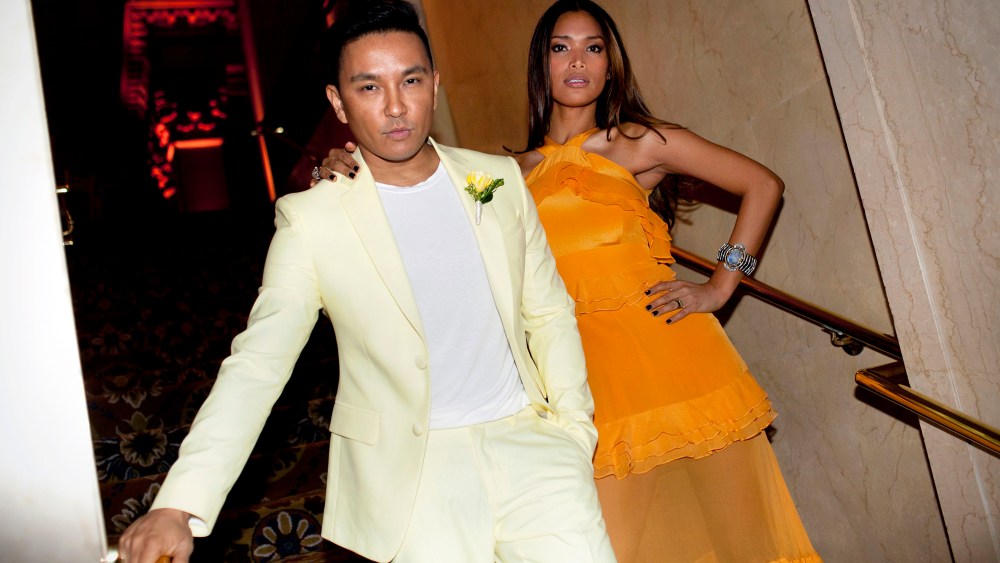 There was many a designer in the crowd at Thursday night’s LGBT Community Center Trailblazer Awards — the likes of Brandon Maxwell, Prabal Gurung and Peter Som among them — and a handful of other famous faces, from Don Lemon to Andreja Pejic, but the most ogled were the boys of “Queer Eye.”

Seated together for the dinner program, the stars of the Netflix series Tan France and Antoni Porowski were approached frequently for photo-ops and discussion of the show between each course — and for what it’s worth, Porowski, the show’s food and wine expert, approved of the Cipriani dinner.

“I’m actually not doing any interviews, because I have a film coming out,” Pejic said politely during cocktails — the rare actor not contracted to do press, it would seem.

Pejic, France, Porowski and the rest had joined in for the annual benefit, which this year honored Anna Wintour, Ricky Martin and Marjorie Stone Douglas High School student Emma Gonzalez.

“Getting Emma Gonzalez is an amazing thing — in some ways I’m the most excited about her, just because she’s such a force and she’s so young,” said board member Alexis Bittar, mingling during the cocktail hour with his boyfriend Lloyd.

Gonzalez received a lengthy standing ovation when she took to the stage to receive the Community Impact Award.

“I have become one of those current well-known members of the LGBT community and the reason for that is the exact reason that it says so on the wikipedia page about me: I am an activist for gun safety,” Gonzalez told the room. “The shooting at my high school, Marjorie Stone Douglas, in which 17 died, happened almost two years after the Pulse nightclub shooting in which 49 died a mere three hours away from my home. The LGBT plus community has always been a family, has always been a place of heartache, heartbreak, and through it all, love. Our love for our classmates would not be silenced in the government, just as our love for our partners would not be silenced in the courts.”

Accepting the evening’s Visionary Award, Wintour offered her thoughts on how the LGBT community has impacted the fashion world.

“What about the world of fashion? Today, there are questions about one’s role: Ahould we be activist? Should an industry so profitable dare to take a bold stance? And my answer is an unequivocal yes,” Wintour said. “What’s more important to fashion than expressing your complete true and interesting self? The LGBTQ community has known this for a long time and has led the charge for open-mindedness and acceptance for decades. For years, I have been learning from all of you.”

Coachella 2018: SZA’s Weekend One in Pictures

Kelela on Festivals, Fashion and the Business of Being Progressive