The Fashion Set Flocks to Chelsea for ‘Pilgrimage’ 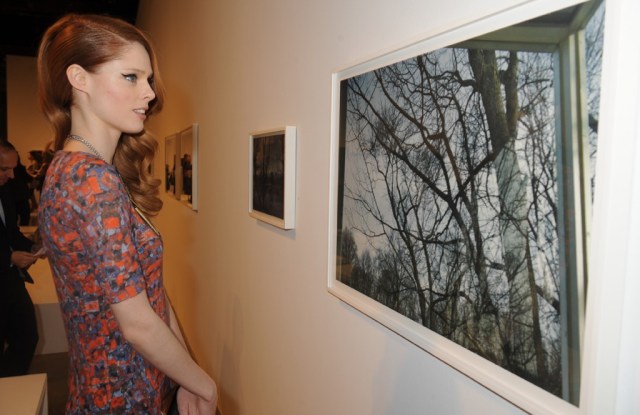 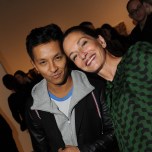 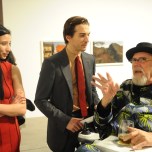 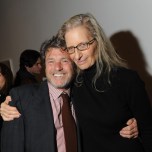 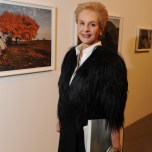 “I’ve been to Graceland, of course,” David Byrne offered at Manhattan’s Pace Gallery on Wednesday night. “It’s smaller than you think it’s going to be.”

The musician was standing not too far from a series of pictures of Elvis Presley’s famed home taken by Annie Leibovitz for her new book, “Pilgrimage,” a collection of still-life photographs of historical artifacts and locales the photographer has taken in her recent travels. A handful of partygoers stopped by the Chelsea gallery for a cocktail party co-hosted by Anna Wintour to have Leibovitz sign the new edition while also getting an early view of its contents. Guests, who included Carolina Herrera, Jann Wenner, Tory Burch, Karen Elson and Ali Hewson, took in shots of relics that ranged from Virginia Woolf’s writing desk to the gloves Abraham Lincoln wore the night he was assassinated.

This story first appeared in the December 2, 2011 issue of WWD. Subscribe Today.

Byrne found a bit of humor in a picture of Sigmund Freud’s library.

Chuck Close, garbed in a green-and-navy African-print suit (“I just got divorced and I don’t want to look the way I looked for the last 43 years; I thought it might be good to look different”), explained his own aversion to taking photographs in his travels.

“I make pilgrimages, but I don’t photograph them,” the artist said. “I’ve never taken a photograph anywhere I’ve ever traveled in my life.…I want to look at the world with my naked eye and not through a viewfinder.”

Later in the evening, Coco Rocha took a break from viewing the exhibit to recall a quite literal pilgrimage of her own.

“I did a Bible tour twice,” she said. “When I was little — eight and 10 years old — my mom took me and I went to Jordan, Jerusalem, Egypt, Turkey.…Pretty much from Genesis to Revelations.”