Alber Elbaz, Jessica Chastain, Tony Bennett, Francisco Costa and Karolina Kurkova were among the 500-plus faces in the crowd. 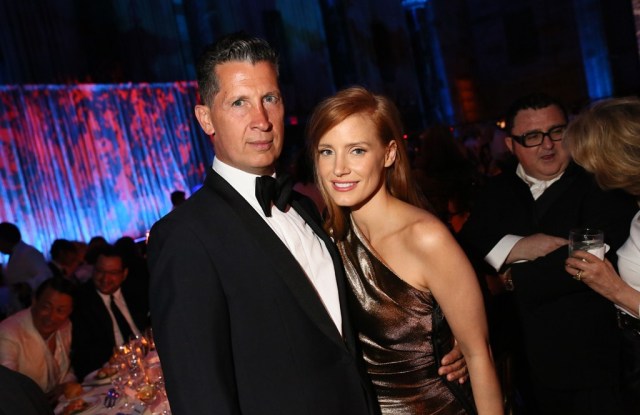 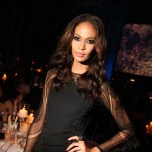 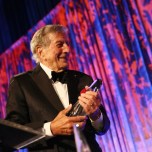 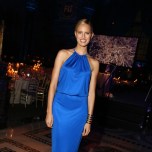 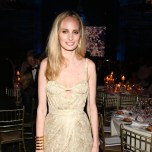 NEW YORK — Alber Elbaz, Jessica Chastain, Tony Bennett, Francisco Costa and Karolina Kurkova were among the 500-plus faces in the crowd who helped the Fashion Institute of Technology raise more than $1.2 million Monday night at its annual gala.

During cocktails, Bennett mentioned another educational institution — the $70 million Frank Sinatra School of the Arts that he started with his wife Susan Benedetto, a public school teacher. His friend Kaufman “changed his life” by donating the property in Astoria, Queens.

Bennett said “Cheek to Cheek,” his new album with Lady Gaga, will be released in two-and-a-half weeks. “She’s a magnificent singer. People are going to be shocked by how great she can sing,” the musician said.

With the latest album ready to go, three books out and an art exhibition set for Montreal later this year, Bennett said he can’t work enough. “I just work every day because I love it. It’s not work when you love what you do,” he said.

As someone with his own signature style, Bennett said, “Style just comes down to people being themselves. Being different than any other person makes you stylish.”

With some down time before filming starts for Christopher Nolan’s “Interstellar” and Guillermo del Toro’s “Crimson Peak,” Chastain said she was jetting off to Maui Tuesday to vacation with her whole family. Wearing a one-shoulder gold Lanvin dress, the Academy Award nominated actress said she probably won’t try surfing. “I don’t do well in the sun because I’m so fair. But I do do very well under an umbrella,” she said.

In presenting Krill with her award, Kurkova said, “Not only has Kay created a successful company but she has also created a caring one.”

Testimony to that was Krill’s announcement that Ann Inc. has endowed a full-year scholarship annually in perpetuity.