‘The First Monday in May’ Opens the TriBeCa Film Festival 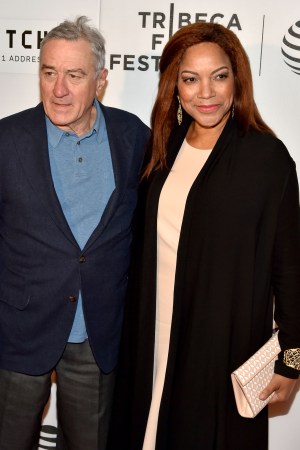 The Met Gala is such a draw that it can bring fashion and film patrons alike to reminisce about an event that took place almost a year ago — and that’s exactly how the TriBeCa Film Festival got under way on Wednesday night, as director Andrew Rossi’s film “The First Monday in May” opened the festival. The film follows the 2015 Met Gala and the museum’s Costume Institute exhibition, “China: Through the Looking Glass.”

“My first time was when I was 16, and it was for the Versace exhibition,” Posen said of his Met Gala experiences. “I bought my intern-price ticket to go to the party, not the Met. And so I watched the fabulous people arrive and leave the dinner, and I watched as they danced the night away.”

Hutton has quite a few galas under her belt. “It was very small, and it was in the basement of the Met,” she said of her first Costume Institute memory, which was long before Anna Wintour took it over. “For the clothes, it was an Yves Saint Laurent with these cone breasts. That was pretty extraordinary. And Yves Saint Laurent started a boutique right after. I went in and I bought an almost $100 silk blouse, that I still have. It was bright kelly green. And then I went and bought a bunch more. I have a red one and the green one. And I can still wear them.”

The gala is marked for its dramatic fashion. “It has to be a marriage between the body, the face and the gown,” Karan said of her ideal gala gown. “I never like it when the gown overpowers the person — it has to just be one with the person.”

“The First Monday in May” gives audiences a glimpse into just how much work goes into planning what outwardly looks like an easy, polished evening — even for the guests. “In our household, it’s kicking our son out of the bathroom,” Jason Biggs said of what goes on behind the scenes for him and his wife, Jenny Mollen, on a big night. “It both takes us about 15 minutes each to decide if we look fat in whatever we’re wearing. But we think it’s our mirror’s fault; we think we have the worst bedroom mirror,” Mollen added.

With preparations for this year’s gala only weeks away, “we’re even further behind with this show than we were with the other one,” said Andrew Bolton, curator in charge of the Costume Institute. Bolton was a reluctant star of the film, but he seemed to be taking the step-and-repeat in stride. “I’m totally out of my comfort zone, but it’s amazing,” he said on the red carpet. “I’m really happy for Andrew Rossi. He spent a year of his life doing this and I’m really happy it’s come to this fruition.”

And while he may have had exclusive access to last year’s ball, Rossi told reporters he’s not sure if he’s attending this year. A tough invite to get indeed.