De Waal was recognized for his work as a porcelain ceramist by the museum, which he has frequented for 35 years. 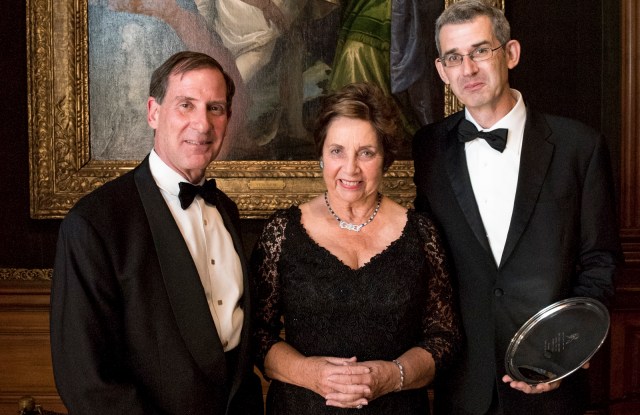 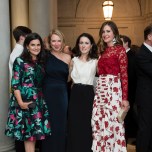 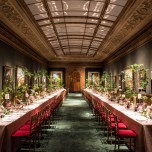 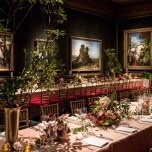 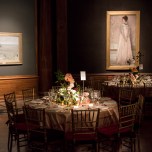 Who’s the most interesting ceramist right now? That would be Edmund de Waal, according to Margot Bogert.

De Waal was the honoree at The Frick Collection’s annual Autumn Dinner on Monday night. Bogert, who has been chairman of The Frick’s Board of Trustees for 13 years, said she and her colleagues decided on him because of his work as a porcelain ceramist. “[Porcelain] is what we’re featuring this year in The Frick Collection,” she said.

De Waal, who hails from England, has been a Frick frequenter for 35 years. “I first came here when I was 17,” he said. “[My] second day in New York, [I] was taken here by a friend and that was that.” He said director Ian Wardropper was the one who called him to invite him to be the Autumn Dinner honoree. “I had to sit down,” de Waal said, referring to how he felt when he got the call. “To be here in this context is extraordinary and wonderful.”

When asked what he likes about the museum, de Waal didn’t know where to start. “It’s got an intimacy and a power, which is totally unique amongst collections,” he said. “It’s one of the few places in the world where you can be really close, really, really close, to the greatest Western art and feel like you’re in a house.”

Amory McAndrew of the museum’s Steering and Young Fellows committees conveyed a similar sentiment. “There’s really nothing like sitting in this rotunda, surrounded by Whistler or Turner or whoever’s looking down at you in the moment,” she said. “You kinda feel like you’re transported to this time when art like this was in peoples’ homes. It feels like you’re seeing it as an artist intended it to be.”

Guests gathered in the museum’s rotunda for cocktails and appetizers before heading into the West and East galleries for the main course. The Autumn Dinner marks the only time of the year that Frick-goers are invited to eat in the galleries.

Elegant floral arrangements, created by Putnam & Putnam, were the focal points of the dinner tables. They evoked the colors of 19th-century Chinoiserie via lotus pods and speckled anthurium. The use of autumnal flowers and fruits like dahlias, persimmons, pomegranates and roses served as a reminder of the season — and of the event.