Leonardo DiCaprio and Carey Mulligan hit the “black carpet” for the premiere. 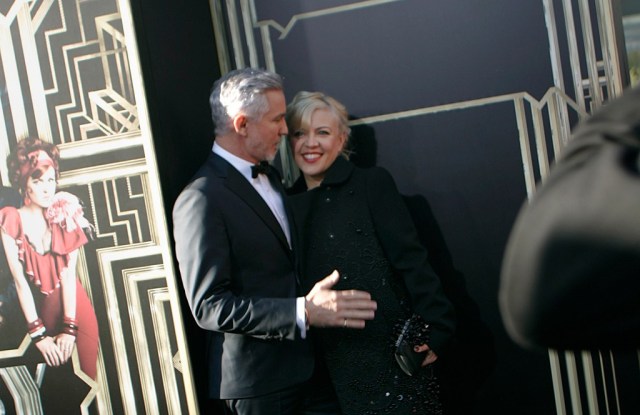 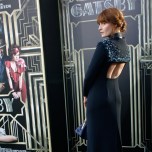 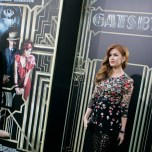 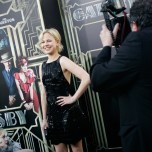 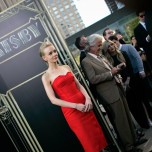 The “black carpet” premiere of director Baz Luhrmann’s 3-D adaptation of “The Great Gatsby” on Wednesday night drew the film’s stars Leonardo DiCaprio and Carey Mulligan to New York’s Lincoln Center, along with a slew of other celebrities.

Mulligan, in a strapless red Lanvin tea-length dress, said she opted against wearing a flapper dress for the premiere. “I wanted to do something different.”

She said flapper dresses are hard to wear, “if you have hips and an arse.” Mulligan was looking forward to the after party at The Plaza: “Zelda and Scott [Fitzgerald] used to go to The Plaza, get drunk and jump in the fountain.” She said she wasn’t sure if she and DiCaprio would replicate that scene.

Her costar, however, was.

“I don’t think we’ll do that unless she initiates it,” DiCaprio, dressed in a blue Prada suit, said with a laugh. “I’m not a big fashionista. Somebody just handed me this suit and I put it on.”

Screaming hordes of fans, iPhones at the ready, squealed as the cast arrived at the worldwide debut. Surprisingly, the biggest cheers of the night were for Indian actor Amitabh Bachchan, who had a massive cheering section, complete with posters and chanting of his name. That led castmate Isla Fisher, dressed in a Dolce & Gabbana floral and crocheted dress, to exclaim: “I want them.”

Many of the carpet walkers wore Brooks Brothers, who outfitted the film’s male stars in their Jazz Age-best, including Callan McAuliffe and Luhrmann.