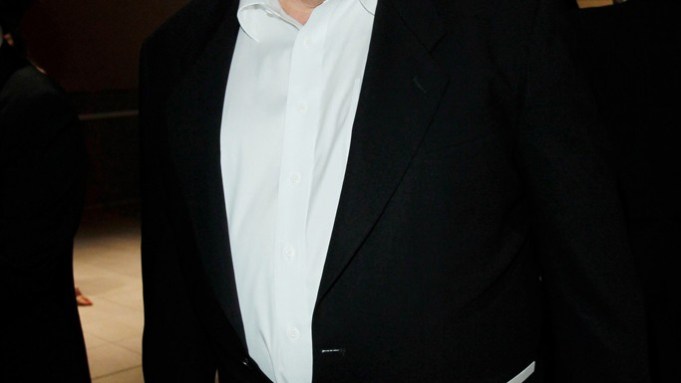 The Hammer Museum’s annual Gala in the Garden drew a lively crowd of supporters of the Westwood museum and its works gathered to honor “The Simpsons” creator Matt Groening and artist Lari Pittman in Los Angeles on Saturday night.

“It’s always an amazing and supportive crowd; we’re lucky to have as many open-minded and creative supporters and artists backing us,” said Hammer Museum director Annie Philbin, whose energetic demeanor lent a jubilant feel to the evening’s festivities.

Throughout the night, guests were welcome to peruse all of the museum’s exhibits, including the yet-to-open “Now Dig This! Art and Black Los Angeles 1960-1980.” The ninth annual gala, co-chaired by Darren Star, raised a record $1.7 million for the museum, money that will support Hammer exhibitions and programs.

“I really can’t believe they chose to honor me,” said a sheepish Groening, who bashfully accepted congratulations from admirers throughout the evening. Guests enjoyed a dinner prepared by Lucques chef Suzanne Goin and dined under hundreds of orange lanterns designed specifically for the event by artist Jorge Pardo.

“I’m like the Imelda Marcos of hats — I’d say I have more than 50 at home,” said a dapper John C. Reilly, who wore Hugo Boss, a handlebar mustache and a black lid from Optimo Hats in Chicago. Reilly wasn’t the only one sporting fashionable headwear. Musician Bruno Mars, who performed during the dessert course, sported his signature fedora.

“It’s been a fun night and a really fashionable group,” said Rodarte’s Kate Mulleavy, who sat front and center with sister Laura during the evening’s festivities, which included a taped tribute to Groening from Conan O’Brien and an introduction by Neil Patrick Harris that had the crowd of some 600 people roaring with laughter.