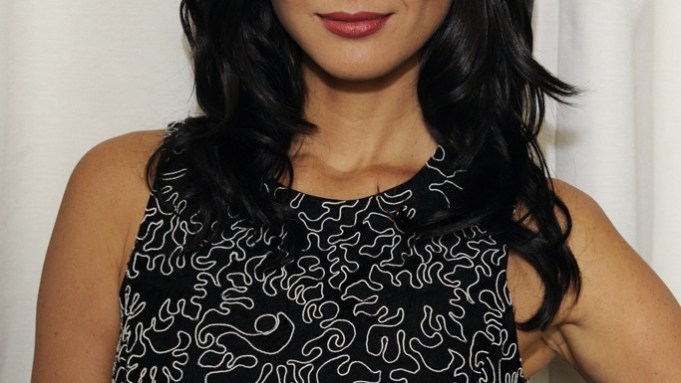 THR editor in chief Janice Min said, “I was a bit intimidated getting dressed this morning, but I figured you can’t go wrong with Prada.” Adding to the glamour mix was Olivia Munn, who literally got dressed on her way over. “I was filming an arc on ‘The New Girl’ until 4 a.m., so Michael Kors sent me some dresses, then I stopped at Judith Leiber where they loaned me a clutch, then at Christian Louboutin for these shoes,” she said. “I really am grateful for all the help, because I’m barely 5 feet, 4 inches, not one of those tall wispy girls who can walk into a runway sample and look fabulous.”

Coco Rocha, on the other hand, represented the power model genre, dressed in a Topshop romper.

“I love it as much as designer clothes,” she said.