The House that Isaac Built 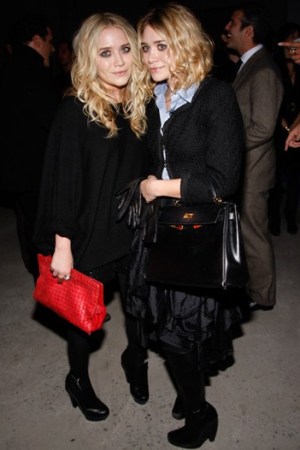 There was a considerable celebrity quotient among the partygoers, including Mary-Louise Parker and both Mary-Kate and Ashley Olsen, who seem to be buddying up to Mizrahi of late, after last month’s talk at the 92nd Street YMCA.

Perhaps there’s a high-low mentoring thing going on. While the Olsens declined interviews, they were more than willing to partake in campy piano-side photo ops with Mizrahi and Parker, who Mary-Kate has worked with on “Weeds.”

As for the night’s other big event — the World Series — Mizrahi professed to be a big baseball fan. “There must be at least one television here that we can get the game on,” he said of the set made up of dozens of TVs broadcasting his sales pitch.

Still, he might have been alone in that sentiment. “I mean, I kind of knew it was going on,” said Kelly Rutherford of the Series. “But some of us just have other interests.”