The energy buzzing through the Metropolitan Opera House Monday night for the Opening Night Gala was both palpable and refreshing. 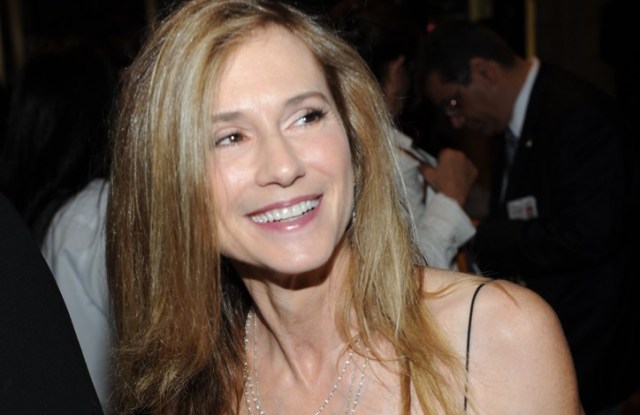 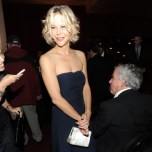 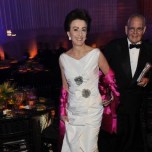 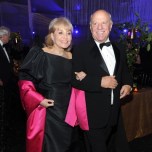 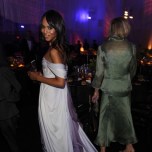 Celebrities and New Yorkers alike can be a jaded bunch, what with all the fancy parties and accompanying swag that comes with a social lifestyle. So the energy buzzing through the Metropolitan Opera House Monday night for the Opening Night Gala was both palpable and refreshing.

This story first appeared in the September 29, 2010 issue of WWD. Subscribe Today.

Credit was due to the evening’s program, the Met’s first new production in 20 years of Wagner’s Ring Cycle, beginning with “Das Rheingold.” Produced by Robert Lepage of Cirque du Soleil fame, the opera had already received plenty of preliminary attention as one of the most expensive (the set was rumored to have cost $16 million) and elaborate the Met has ever undertaken.

“You know, it’s my second time and I loved it the first time, so I’m back for an encore,” said Meg Ryan of her attendance.

Miranda Richardson had flown in from London, just for the occasion.

A very pregnant Vera Farmiga arrived with husband Renn Hawkey and shrugged off her condition as an opera deterrent.

“You know, you’ve got to pass the time, but this is an extraordinary way to do it,” she said.

Patricia Clarkson, too, was feeling some gratitude for any pull she might have thanks to her actress status. “It is the most coveted ticket in town and we’re lucky gals,” she said of herself and her friend Lauren. “It’s one of the perks of my minor celebrity-dom.”

And Holly Hunter, a frequent operagoer, promised to be on good behavior regardless of how the show went.

“I never boo. Only [applaud]. I leave the booing to the French,” she smiled.

There must have been a few France natives in the audience, for when the cast and conductor James Levine took their bows, it was to a mix of standing ovation and audible booing.

At the dinner that followed under nearby tents, The Metropolitan Opera’s general manager, Peter Gelb, defended his choices.

“You may wonder why we took the risk of this extraordinary new production. It’s because we believe the vitality of our art form relies on pushing the boundaries of theatrical invention,” he said, adding of early rumors that the intricate stage was particularly treacherous for the evening’s performers. “Contrary to news reports no Rhinemaidens were ever in danger.”