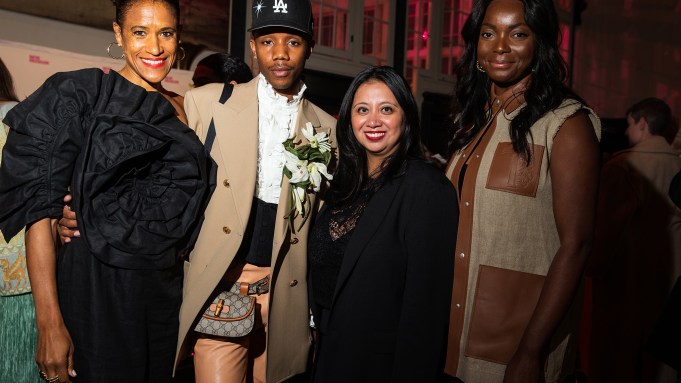 The New Museum returned to its annual spring gala Monday evening, its first in-person event in three years. Guests gathered at Cipriani South Street (clearly the new go-to gala space, having just hosted the Save Venice ball on Friday) for cocktails and programming, which honored Shelley Fox Aarons and Philip E. Aarons, longtime art patrons, and the artist John Akomfrah, whose exhibition “John Akomfrah: Signs of Empire” was shown at the New Museum in 2018.

“It feels amazing to be with community,” said Isolde Brielmaier, who was named deputy director of the New Museum in the summer of 2021. “Seeing people we haven’t seen in awhile, and everyone looks well. We’re still not out of the woods yet but it’s nice to see the tip of the iceberg.”

“I think it’s going to be a really joyful night,” Brielmaier said. “I think there is a sense of reunion. We’re entering a new chapter in the world and in culture and at the New Museum. We have a lot of new voices, myself included. We have some wonderful summer shows coming up and we’re really just thinking about change and transition and all that’s new, and really excited to embrace it and welcome people.”

Save Venice Returns to New York for 50th Anniversary