Al Pacino plays Val, a crotchety thief who, sentenced to die, reunites with his old gang, Christopher Walken and Alan Arkin, for one last blow-out. 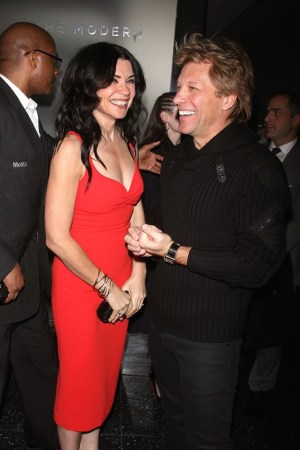 The only thing Tony Montana is snorting these days is Lipitor. Twenty years ago, Al Pacino was mainlining fake cocaine in “Scarface.” In his new movie, “Stand Up Guys,” he’s shown snorting lines and lines of crushed pills for hypertension. And even that had to be somewhat staged.

Fisher Stevens, the new movie’s director, said at the premiere Sunday night that Pacino’s nose was “too sensitive.” “We couldn’t really have him snort anything because he had sinus damage after ‘Scarface,’” Stevens said.

Those were the days. Like his pals Woody Allen — playing an aging pimp in an upcoming movie — and Robert De Niro — known to a new generation as the grandpa in the “Focker” franchise — Pacino at 72 is settling into his emeritus years. He’s shed the blustery bravado of his “Hoo-a! Hoo-a!” period and taken up more reflective parts. At the Gerald Schoenfeld Theatre, where he’s selling out in the revived “Glengarry Glen Ross,” he’s traded hot-shot Ricky Roma, his character in the 1992 movie, for Shelly Levene, portrayed then by Jack Lemmon.

In the touching “Stand Up Guys,” he plays Val, a crotchety thief who, sentenced to die, reunites with his old gang, Christopher Walken and Alan Arkin, for one last blow-out. It’s “Cocoon” meets “The 25th Hour.” The movie has the distinction of being one of the last involving Bingham Ray, considered by many to be one of the fathers of the independent film movement of the Nineties. He died before shooting started.

Old Hollywood titans seem to have lost interest in playing tough guys half their age and bedding younger love interests. They’re more eager to mess with their public images. Clint Eastwood’s busy berating empty chairs. Arkin’s made ornery his schtick, also unleashing his bark in this year’s “Argo.” Even Warren Beatty’s mellowed out.

“These guys just let themselves look as old as they are and older even,” said Matt Dillon, who seemed surprised actors were allowed to do this. He was joined at the Cinema Society-, Chrysler- and Bally-sponsored party at The Plaza’s Oak Room by, among others, cast members Julianna Margulies and Lucy Punch; Ben Stiller; Liev Schreiber; Trudie Styler; Tali Lennox, and Jon Bon Jovi, who contributed a couple of songs to the film’s soundtrack.

On Sunday, Pacino was also taking it easy. He seemed animated on the red carpet, but declined interviews. He was beat, said his publicist, Pat Kingsley. “He had a matinee earlier,” she said. “He just wants to let loose.”