Women in Film honored Annette Bening, Katie Holmes and others at its annual awards on Thursday night. 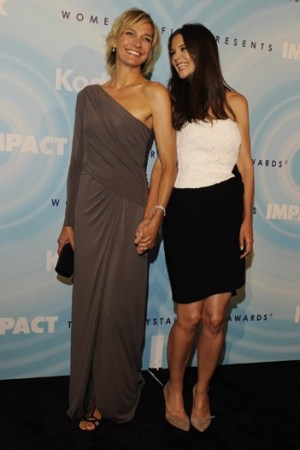 Many of the guests had either worked together or known one another for decades, or in Tassler and Geena Davis’ case, attended college together. Host Melissa McCarthy gamely kept things moving with song and dance numbers in between ladies piling on praise for one another (Bening didn’t forget to thank “my main man in film” Warren Beatty).

The youngest actress in the room, Elle Fanning, called the event “so inspiring because I look up to these women.” The evening was dedicated to the late producer Laura Ziskin, and presenter Pandora (jewelry, they were a presenting sponsor) also gave a posthumous humanitarian award to Elizabeth Taylor.