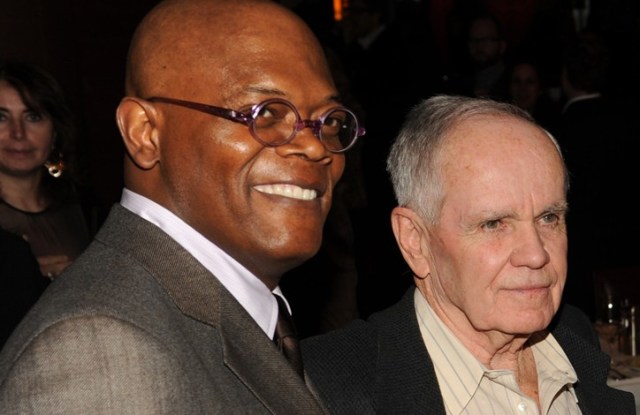 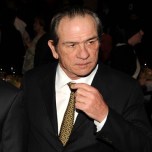 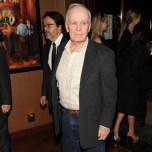 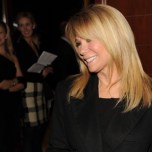 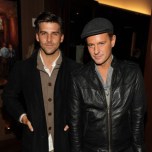 It took Cormac McCarthy all of 70 seconds to walk from the Time Warner Center’s 10th floor event space to a screening room down the hall on Tuesday night, and significantly less time to explain the evening’s entertainment.

“It’s a play, and they made it into a movie, and you go sit down and watch the movie,” McCarthy said after a laugh. The matter at hand was his 2006 drama “The Sunset Limited,” which Tommy Lee Jones has now directed for the screen for HBO Films. Dressed in blue jeans, a gray tweed blazer and brown boots, McCarthy looked, and sounded, much more like your kindly 77-year-old neighbor than the author of such masterworks of American doom as “Blood Meridian” and “The Road.”

“They just put the play on the screen, and they don’t change anything except make it a bit shorter for the 90 minutes that they had,” McCarthy said as the theater steps came into view. It was a bit of a shock to even be talking to the author, who doesn’t make a habit of speaking to the press, and who has a reputation for sticking close to his home base of Santa Fe. So what, exactly, had brought him out tonight?

“Oh, I just wanted to come,” McCarthy said with a smile after a man with an HBO lanyard around his neck assured him he didn’t have to take any questions. “I thought it would be fun.”

After screening the film, which can fairly be described as a 90-minute dialogue between an atheist bent on suicide and a believer who saves him from an oncoming train, the crowd, which included Jones and his co-star Samuel L. Jackson, made its way to a Cinema Society hosted after party at Porter House. And there was the great author again, posing for photos alongside the stars and, for a few minutes at least, striking an improbable pair with Stephen Baldwin, the actor and Christian evangelist, who sported a black suit with wide pinstripes and a pinky ring.

“This is just a great piece of work,” said an enthusiastic Baldwin a little later in the evening. “He was in a bit of a hurry. You know this is a big night. He lives in Santa Fe and I used to live in Tucson, so we were just talking about living in that similar region.”

So they hadn’t been tackling any mysteries of faith?

“No, I might bum-rush him in a minute, though,” Baldwin said with a chuckle.