What Will Hamptons Partying Look Like for Summer 2020? The Surf Lodge Plans Ahead

Courtesy of The Surf Lodge

Perhaps no one knows the difficulties of bottling the energy of IRL gatherings more than Jayma Cardoso. The founder of the Surf Lodge, the Montauk hotel, restaurant and music venue that has captured the hearts (and summer weekend late nights) of New York’s most prolific partiers, Cardoso has found herself mulling what summer 2020 might look like for her business in the face of COVID-19, unsure of digitizing her signature summer concerts but eager to keep things going.

“There’s nothing like the human experience — and that we know,” she says over the phone. “We’re not trying to create exactly what happens at the Surf Lodge [normally], because we wouldn’t be able to. So we’re trying to think in a new realm.”

“The last few months there has been so much that has been transferred to a virtual world,” Cardoso says. “So many people had been reaching out to us saying, ‘Why don’t you guys do wellness classes virtually?’ or ‘Why don’t you do the DJs?’ — and I just couldn’t figure it out. And as more different things started to formulate, I thought, let’s just do this crazy virtual Sunday concert, Memorial Day weekend, send save the date e-mails that say, ‘The Surf Lodge concert series’ and have people be like, ‘Wait, what’s going on here?’ Let’s just play around. It’s a way that we can reconnect with our guests and bring a little bit of life so that everybody feels engaged.” 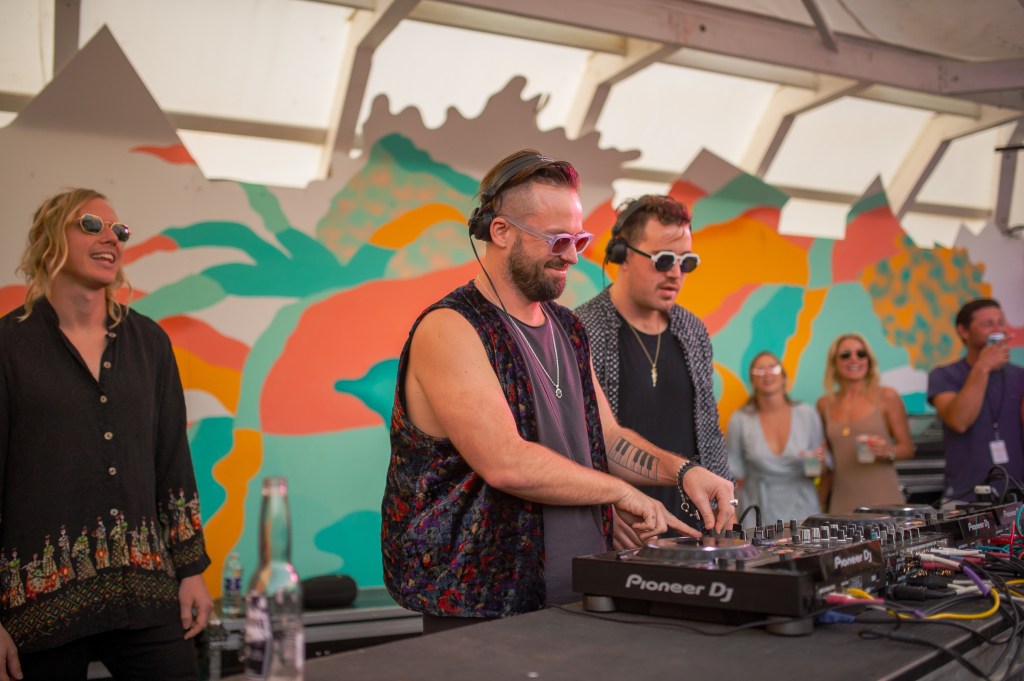 The musical acts that will be participating throughout the summer are a mix of some of those booked to play this year’s Governors Ball, some Surf Lodge favorites and some new faces.

“Governors Ball and The Surf Lodge have a rich history promoting shows together, and this has been an amazing way to build upon our partnership,” says Alex Joffe, producer of Governors Ball and head of partnerships and media at Founders Entertainment. “What we are doing with ‘The Sun Still Sets’ is what we would be doing any other day of the year — bringing incredible music to our fans here in New York and across the globe.”

Still, Cardoso is treading lightly into the digital world.

“Everything is all about the energy and the people and what the band is going to actually do. There are so many fun things and surprises that have happened throughout the years. There is never a set script. And I feel like digitally there is kind of a script, right?” she says. “So it took me a little time.”