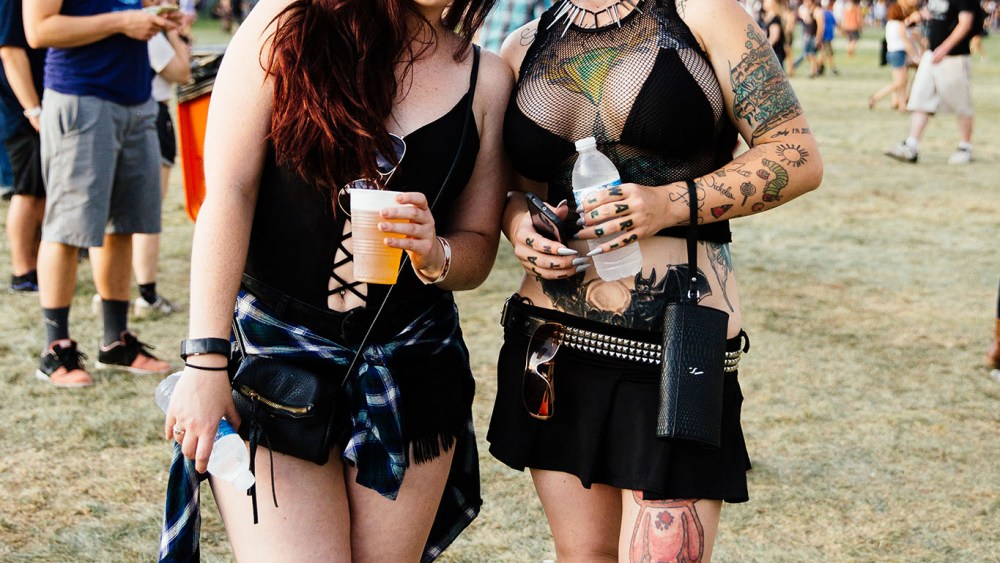 CHICAGO — Looking back over street style for the year, one festival continued to make waves not for trendy bohemian fashions, but for the inventive punk and rock looks. The 12th edition of Riot Fest, which is rooted in punk, rock and hip-hop, featured diverse acts ranging from New Order, Ministry and Nine Inch Nails to Queens of the Stone Age, Jawbreaker and Prophets of Rage. Held in the city’s Douglas Park, festivalgoers turned out in band T-shirts, tartan plaid, studded leather, denim jackets, ripped jeans, fishnet tights and combat boots — with vibrant Mohawks as the finishing accessory. Shots of color punctuated the all-black landscape — one rocker wore a hot pink suit and tie, reminiscent of Duran Duran circa “Rio.” Closing out festival season, Riot Fest ran from Sept. 15 through Sept. 17.