On Thursday night, its venue, the Théâtre Comédia, drew a crowd eager to see what the designer — who now goes by his real first name Manfred — conceived. 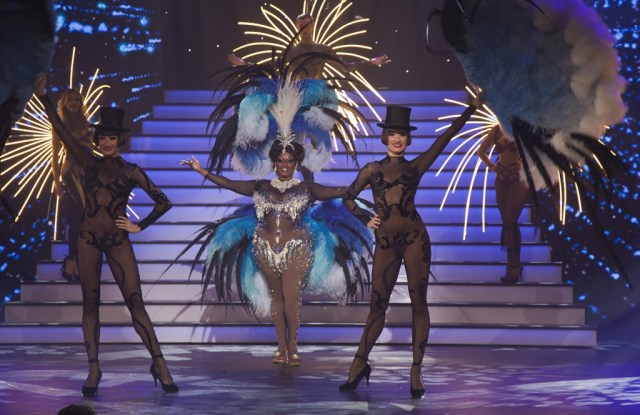 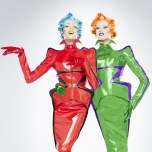 After a crescendo of buzz building over the past few months, Thierry Mugler’s cabaret revue made its debut in Paris. On Thursday night, its venue, the Théâtre Comédia, drew a crowd eager to see what the designer — who now goes by his real first name Manfred — conceived.

Chantal Thomass made time to catch Mugler’s spectacle as she is revving up for a six-day trip to St. Petersburg, Russia, following a Christmas celebration with her grandchildren.

This story first appeared in the December 23, 2013 issue of WWD. Subscribe Today.

“I’ve known Mugler since we were 20,” said the lingerie designer. “I am curious to see what he is doing now.”

What the designer created was an imaginative song and dance revue that featured a series of tableaux and an original score. The sets ranged from one featuring a giant, animated woman’s face that morphed in surprising — and scary — ways to a decrepit end-of-the-line Paris metro station platform and a studio for dancers.

Jean Reno was among the attendees, saying his wife, Zofia Borucka, has long been a fan of Mugler’s design work. The actor sat at a table across from Rose Bosch, who directed him in “Avis de Mistral,” a film due out in early April.

“[It’s] a movie about a family story,” explained Reno shortly before the curtain rose. What followed on stage was hardly family-friendly. Among Mugler’s characters in his extravaganza was a dancer wearing a dramatic silver getup performing a gymnastic pole dance. At another point, two scantily clad men did midair acrobatics.

Not so far away from Reno was Audrey Marnay, who had walked many a Mugler show in years past. “I am really eager to see the surprises,” she enthused. She got her wish.