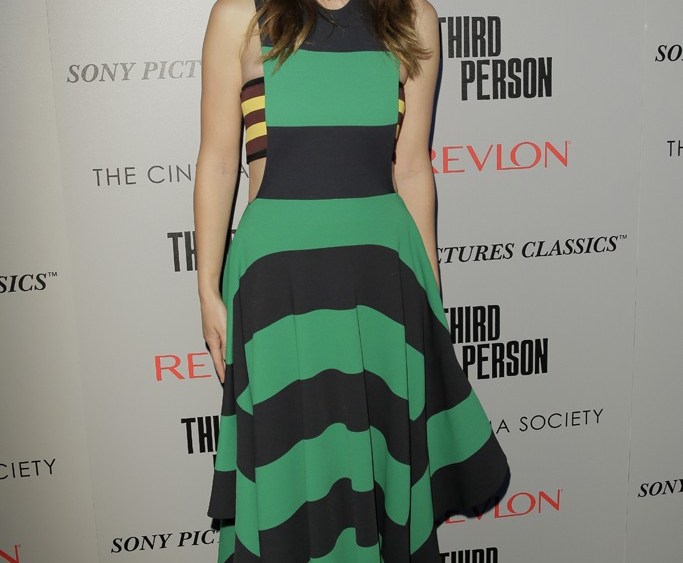 Paul Haggis already has two Academy Awards to his name, but the writer-director didn’t necessarily have his eye on a third while making his newest film, a complicated mash-up of three love stories aptly titled “Third Person.” The puzzling film asks a lot of its viewers, and the writer-director admits that was his objective.

“I wanted to make one of those films that you had to walk outside and talk about with your friends afterwards to say, ‘Now, what exactly happened here?’” the director said. “When you have an emotional reaction to [the movie] and you feel satisfied and yet you didn’t quite know everything that happened.”

On Tuesday night, the Cinema Society and Revlon hosted a screening of the film at the Sunshine Cinema in New York. The film packs a starry cast — Olivia Wilde, James Franco, Liam Neeson, Adrien Brody, Mila Kunis, Maria Bello, Kim Basinger and Moran Atias. WWD also makes a cameo in the film through Wilde’s character, a fictional party reporter for the paper.

“[Haggis] really revels in the characters’ flaws and lets them be complex and inconsistent,” said Wilde before the screening. “Especially as a woman, several parts written for us are very one-dimensional, so it was enjoyable — it was a relief, it was wonderful I should say — to play someone who had so many different sides to them.”

Atias pitched the original idea of exploring dynamics of relationships to Haggis, which he hashed out into the script for the film. “I started with just looking for great stories that have never been told — that’s literally what I put in Google search,” Atias explained.

The movie seemed like a personal exploration of relationships — Haggis has gone through his breakups in the past few years, including a very public split from the Church of Scientology. Asked if he has discovered anything about relationships during his several years working on the film, Haggis was succinct: “If you truly trust someone, if you truly believe in them, you have a better shot at two things: one, making it, and two, being completely betrayed and destroyed.”