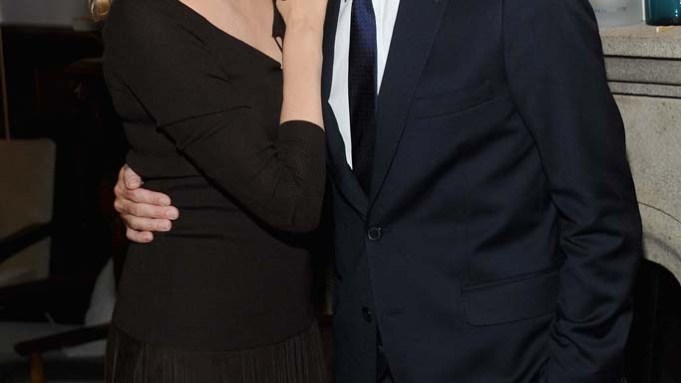 TORONTO — Thunderous claps reverberated throughout Toronto on Friday night — and not just due to the downpour soaking ill-prepared Toronto International Film Festival attendees. “Nightcrawler” premiered at the Elgin Theatre amid Oscar buzz for Jake Gyllenhaal’s performance as disturbed crime scene paparazzo Lou Bloom. Gyllenhaal, looking fit in a dark suit, may have gained back the 30 pounds he lost to play the part, but his brooding intensity remained intact, even as he schmoozed with producers and Open Road Films executives at a party at Soho House’s Toronto outpost before the world premiere.

Co-star Rene Russo, whose husband Dan Gilroy wrote and directed the film, noted, “Jake had laser-like focus. I just stayed out of his way, stayed quiet, and then when the cameras rolled we did our thing. But before that I had to let him be in his own world because it was super intense.” Added Russo, who plays an overnight-shift television producer in the film, “He’s amazing in this movie and I hope he wins an Oscar.”

The former model, defying her 60 years in a short black Michael Kors fringed dress, also raved about her husband. “It’s his first directing job. I mean, he killed it,” she gushed. “It’s his night, but still I was late to the party,” she lamented. She had a good reason: “[I was] trying to get into these f–king shoes!” she said, pointing to her Jimmy Choos.

She admitted that she and Gilroy differed on how to approach her character, but insisted, “We did not argue at all on set.” The resolution was easy, she explained. “I’m going to say, “Yeah, yeah, yeah,” and then do what I want like I always do” she laughed.