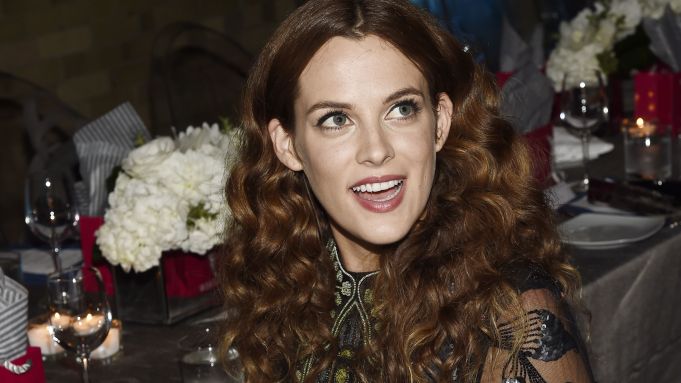 “Everyone from ‘American Honey’ is family to me,” Sasha Lane said during the cast and crew dinner thrown by Variety and Holt Renfrew at The Spoke Club in Toronto on Saturday night, where the film unspooled at TIFF 2016 after its world premiere at Cannes.

Discovered on a beach during spring break, the 20-year-old Texan said she’s taking all newfound attention in stride thanks to the help of her castmates Riley Keough and Shia LaBeouf. “I’ve been able to confide in them and talk to them about it,” she said. “I’m doing alright.”

In the Andrea Arnold-written and directed drama, Lane plays Star a troubled girl who runs away with a hard-partying crew of teenagers who travel around the Midwest selling magazine subscriptions. In some ways, the coming-of-age project wasn’t too far a stretch for Lane. “My entire life and what I’ve gone through and how I’ve stuck to who I am has all led up to this,” she said. “There was something telling me, ‘Hold on, hold on. There will be something for you.’ And then here comes Andrea, literally, saving my life.”

Meanwhile, Keough, who plays the crew’s ruthless boss Krystal, said Lane has been doing more than just “alright.” “She brought everything to this film. I’ve never met anyone like her. She’s an exceptional, special girl,” said Keough. “The way she’s handling everything in her life and being here — it blows my mind.”

Newbies McCaul Lombardi and Isaiah Stone also joined in on the dinner. LaBeouf hadn’t yet made it to town since the film’s premiere was still a day away, but Lane and Keough playfully posed for photos with LaBeouf’s Variety cover in the actor’s absence.