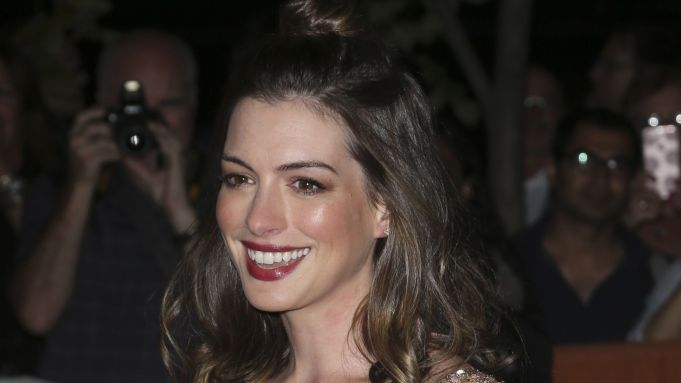 “Goodness me,” Ewan McGregor exclaimed. The normally composed actor looked genuinely unnerved while looking out at a crowd that had gathered at the Toronto International Film Festival for the premiere of his directorial debut “American Pastoral,” based on Philip Roth’s Pulitzer Prize-winning novel. “It’s an unbelievable moment for me to be here,” he said while standing at the podium of the Princess of Wales Theatre on Friday night.

“I’d wanted to direct for the longest of times and realized this was maybe the story,” he explained of the drama, about a man whose life falls apart after his daughter becomes radicalized and blows up the local post office. “I think why I wanted to direct all these years was to be a deeper part of the creative process, to be involved in the creation of a story from the beginning to its end, and I was lucky. I had some amazing people to work with in this film.”

McGregor proceeded to introduce his cast and crew, which included Jennifer Connelly, who plays his wife in the film, and Dakota Fanning, who plays his daughter in what McGregor called “an incredible performance.” Additional cast members on hand included Uzo Aduba, David Strathairn, Valorie Curry, Rupert Evans, Peter Riegert and Molly Parker.

“Ewan McGregor is an incredible artist and the nicest guy in the industry,” Curry said. “It didn’t really feel like there was a huge divide in the way he approached filming. He put an enormous amount of trust in me. That was a wonderful feeling and it made me a lot more confident and comfortable going to those dark places.”

For the affair, Curry donned a silver Jenny Packham gown. “She actually designed my wedding dress that I wore a couple months ago,” she told WWD as her husband Sam Underwood, wearing Ted Baker, patiently waited at the end of the red carpet.

The actor said it wasn’t an easy decision taking on the role. “There were voices in my professional life that said, ‘Oh. He’s a controversial figure. This might not be the most commercially viable choice for you to make,’” he explained, “but that’s not how I made my decision. In reading up on him and really learning about what he did and why he did it, I felt grateful for what he did and honored to get to play him.”

Stone admitted that he was initially apprehensive. “I was weary because these things can backfire very easily. I’ve been there before. My intent was to stay away. I did get sucked in. I went there and I met him. I went three times before I committed to it and he committed.” Stone said he felt Snowden was ultimately too intriguing to pass up. “It’s an important story that belongs on the big screen. It’s important to remember and above all humanize him. They don’t know the story. They know the headlines.”

“Oliver Stone is in every way the only filmmaker who could deliver a project like this,” said Woodley. “Being a Millennial, the last generation who didn’t grow up with an iPhone in high school and seeing now how the iPhone has affected my younger brother’s life and my own, the awareness of technology is an important thing to pay attention to. It takes people like Edward Snowden and Oliver Stone to unfortunately wake up a lot of us to pay attention.”

Earlier in the day, Leonardo DiCaprio stopped by the Soho House Toronto after party to celebrate his climate change documentary “Before the Flood.” Meanwhile, across town, Bel Powley rocked a Mary Katrantzou dress at the Ryerson Theatre as she debuted her new indie comedy “Carrie Pilby” about an intelligent young homebody who struggles to make sense of the world.

“It’s funny and a lot of what she says is incredibly comedic, but underneath it, it’s got a lot of heart,” said Powley.

Others in town included “The Birth of a Nation” cast Nate Parker, Armie Hammer, Aja Naomi King and Gabrielle Union. Elsewhere, Anne Hathaway premiered her new film “Colossal” with Jason Sudeikis and Olivia Wilde. The trio relaxed later that night at Soho House Torontom where Hathaway promptly switched out of her dress and into a pair of leather overalls.