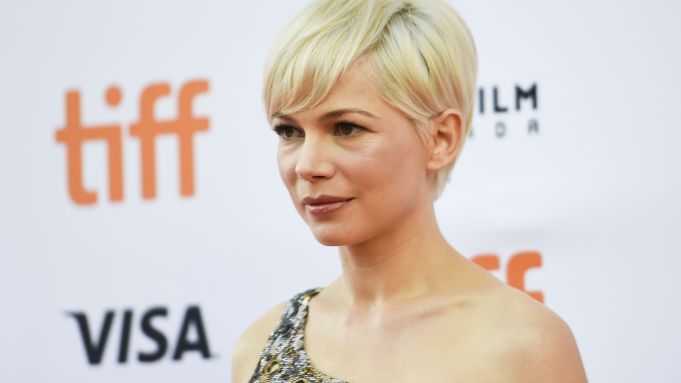 Toronto got a taste of “Manchester By the Sea” during the film’s TIFF 2016 premiere Tuesday night. The event got off to a slow start after a peaceful protest about the Dakota Pipeline backed up traffic downtown as demonstrators briefly stopped by the Princess of Wales Theatre before continuing on their way.

“That was a whole situation,” a theatergoer said as he made his way inside. The delayed timing offered the film’s stars — Casey Affleck, Michelle Williams, Lucas Hedges, Kyle Chandler and producer Matt Damon — the perfect excuse to opt out of doing press, yet they were too proud of the project to do so.

“Kenny Lonergan is pretty much a genius,” Damon said of the film’s writer/director. The drama first received rave reviews when it premiered at the Sundance Film Festival and its well-received screenings at TIFF have solidified its status as a major award season contender.

“Manchester By the Sea” follows a man who returns to his hometown to care for his nephew. “I think above all people will have a really personal experience with this movie,” Damon added, “because I think it gets you in touch with a lot of your own stuff, like the best movies do.”

The film was many years in the making. While Damon doesn’t appear in it, five years ago, the Oscar winner came up with the idea with fellow actor and friend John Krasinski. Damon then commissioned Lonergan, a two-time Oscar nominee for screenwriting, to write it. “I read the first draft and I was bawling my eyes out,” Damon explained. “I called him immediately and said, ‘Kenny, nobody else can direct this.’” Damon initially planned to star in the drama, but his schedule wouldn’t permit it, so he pushed for Affleck to replace him, “I wouldn’t have let it go to anybody but Casey and that was really the condition,” he said. “I knew he would crush the part. It’s a beautiful role, but the right actor always gets the part.”

Affleck said it was the role of a lifetime. “Most people make one good [film] and three bad ones and then another good one and we celebrate them for all those good ones. Kenny has made three great movies and in between written half a dozen really great plays, which are seen by not as many people, but they’re still really fantastic and will endure the test of time.”

Williams was the last to arrive. She plays a small, though many are calling it Oscar-worthy, part as Affleck’s ex-wife. During the screening, she slipped out to sign autographs for fans who had gathered outside.

Later that night, Bryan Cranston and Jennifer Garner screened their drama “Wakefield” at the theater while Kate Hudson joined costars Mark Wahlberg, Kurt Russell and Gina Rodriguez at the “Deepwater Horizon” premiere at Roy Thomson Hall. Elsewhere, Justin Timberlake debuted “Justin Timberlake and the Tennessee Kids,” a documentary offering fans a behind-the-scenes look at the musician’s “The 20/20 Experience Tour.” Across town Suki Waterhouse, straight off an appearance at the Venice Film Festival, premiered her dystopian love story “The Bad Batch” at the Ryerson Theatre.