Held at the Hollywood Athletic Club, the night brought out some familiar Hollywood faces and athletes. 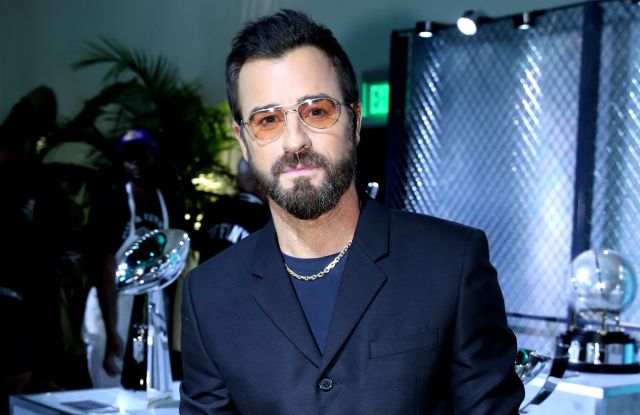 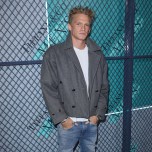 “When I have the opportunity to come and be dazzled with their diamonds, I’m going to say yes,” said Lili Reinhart of “Riverdale” at Tiffany & Co.’s party celebrating its men’s collection inside the Hollywood Athletic Club in Los Angeles on Friday night.

“When I was 14 [years old], I remember going into Tiffany in L.A. and pretending like I was going to buy something, as everyone does at one point in their life, trying things on and being like, ‘Oh yeah, I’m considering this,’” she continued. “’I’m going to come back.’ I think at one point I was like, ‘I’m going to talk to my fiancé, and I’ll come back.’ I thought I was so slick.”

The “Hustlers” actress — who recently revealed she would be releasing a book of poetry (“It kind of hit me, people are actually going to be reading this, reviewing it and pulling my words apart. I guess we’ll see how that goes.”) — was one of the many guests donning pieces from the jeweler. There was Rowan Blanchard, Karrueche Tran, Atlanta de Cadenet Taylor, and a long list of men in attendance, including model Lucky Blue Smith, rapper A$AP Ferg, Super Bowl champion Victor Cruz, athletes Paul George, Lou Williams, Nick Young, Melvin Gordon and singer Cody Simpson, who was surprisingly candid with reporters about his recent, headline-making relationship with Miley Cyrus.

“We are very, very happy,” he shared, adding that he had written a song for her this week while she had been in the hospital for tonsillitis surgery. He played it for Cyrus, and she’s been encouraging him to release it, he said. “She’s creative. She’s very passionate about what she does, and I’m very similar in that sense. That’s why we get along so well.…Any girlfriends I’ve had in the past have always been immediate romance and so it’s a different experience having been friends with somebody before and it developing naturally into something more.”

Nearby, outside the event’s doors, was actress Debby Ryan, whose Netflix show “Insatiable” was released that day. She said she was looking forward to heading to the showrunner’s house to watch the season two premiere with her cast. But first, she was excited to check out what Tiffany had to offer. “They’re known for such amazing craftsmanship and seeing how that transfers to men is exciting.”

Inside, guests celebrated the collection of men’s jewelry, watches, home objects and accessories, which launched on Oct. 1. The line includes Tiffany & Co. branded games — including a Tiffany blue and white pool table and electronic basketball hoop — which guests played throughout the night.

“It’s a comprehensive collection,” said Tiffany’s chief artistic director Reed Krakoff. “It’s an expanded world of Tiffany men’s.…We want to have a clear, compelling point of view. So, in that way, you have to create a world within our retail spaces, online, social media, wherever you find us.”

Of launching in L.A., he said, “One, we have a great flagship here on Rodeo [Drive]. Two, I think L.A. is a place where men really embrace fashion, embrace curating a personal style.…It’s a place where people like to congregate. It’s amazing this time of year, an easy place to have an event. It’s laid-back, not too much pressure that you feel in some big cities where everything is so packed in. It’s a combination of all of these things and something that we will replicate in other parts of the world.”

What does L.A. bring to fashion today?

Actor Justin Theroux admitted: “Fashion doesn’t play that big of a role in my life.” He was getting ready to shoot Apple TV+’s “Mosquito Coast.” (“I’m always hesitant to say anything until we start, because I don’t want to jinx anything.”) “But I like when people spend a little time to put themselves together, even if it’s just streetwear. And it’s nice when it gets a little fancier like this, like Mr. Jeff Goldblum over here who looks so handsome.”

Goldblum, who was the special performer for the night with his band Jeff Goldblum & The Mildred Snitzer Orchestra, was two feet away donning a Tom Ford suit and a number of eye-catching Tiffany items that included a striking pineapple brooch.

“Smell it,” he teased. “…I asked, impolitely, if I ever were to own such a thing, how much would this run me, and they gave me an answer, though I probably shouldn’t pass it on. Should I? There were guards. They came to my house, and they have been watching me. They’re watching your sticky little mitts right now.”

The actor has been shooting Disney+’s “The World According to Jeff Goldblum” for National Geographic, out on Nov. 12. — the company’s first day of streaming. He’s also preparing for the release of his band’s upcoming jazz record, “I Shouldn’t Be Telling You This,” dropping Nov. 1.

“We’ll be playing all over,” he said. “If you ever come to Rockwell [Table & Stage] in Los Feliz, we play there when I’m in town on Wednesday nights. We’ll be out and about. We’re doing a special royal performance in London, believe it or not, on Nov. 9.”

The entire royal family is expected to attend, he said, and while he has yet to meet Queen Elizabeth II, he has met Princess Diana.

“We were showing her, in fact, the first ‘Jurassic Park,’” he continued. “Steven Spielberg was there, Laura Dern, Sam Neill. She was one of the first people to see it. How about that?”

Next summer, he’ll be back in England’s capital shooting Colin Trevorrow’s “Jurassic World 3,” starring Chris Pratt. Just the previous night, Goldblum said, he was reading its script for the first time.

“I got up in the middle of the night, clear as a bell like you do sometimes,” he shared. It’s expected to be released in 2021. “I read it for a couple of hours, cover to cover.”