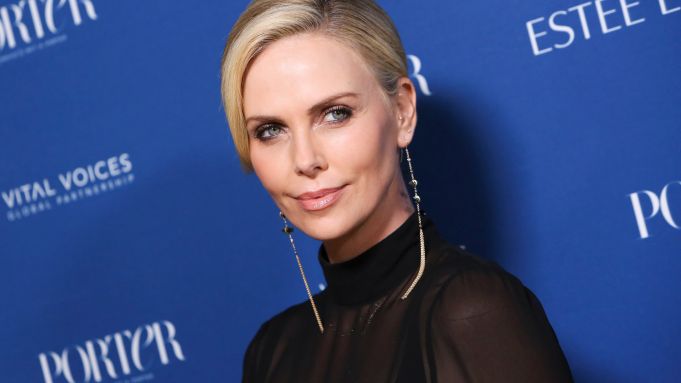 Ask any guest why they arrived to Porter’s Incredible Women Gala at the Wilshire Ebell Theatre in Los Angeles on Tuesday night and the answer was always “women.”

“It’s simple,” said Miranda Kerr. “Women are coming out and talking about how they feel.”

“Incredible women are really inspiring,” said Melina Matsoukas, who directs HBO’s series “Insecure.” “We challenge each other to do better and we can always grow. We’re always students.”

When it came time for expression around the current political climate, one name naturally came to many.

“It’s two steps forward and one step back,” said “Iron Fist” actress Alice Eve. “It feels there’s moments of victory and moments of concern. Certainly the Dr. [Christine Blasey] Ford testimony was emotional on many fronts for many women. I think the fact that it’s in the conversation is important. Women are talking to women and sticking to women — not to the exclusion of men, men are a part of our families — but we need to continue to stick together.”

Lifestyle blogger and fashion journalist Louise Roe agreed, saying, “Dr. Ford, I think she’s brave and incredible. I also like what Taylor Swift wrote as well. People are using their voices more. People are scared to be political sometimes. You’ve got to just say it. Not everyone’s going to agree with you. You’re going to get haters and ignorant people, but you’ve kind of just got to ignore that.”

Perhaps the youngest female in the crowd, Storm Reid, who is set to appear in the Netflix miniseries “Central Park Five” directed by Ava DuVernay, offered her wisdom. “Positivity is what I go by,” said the 15-year-old. “I just try to lift women up and they do the same for me. I feel like that’s what we really need to do because if women are divided and males are attacking women it doesn’t go hand in hand. So we just try to stay positive and empower each other.”

Shortly before 8:00, guests were lured into the theater by a choir robed in white and belting out hits from the Sixties.

After finding their seats for a three-course candlelit dinner, they looked to the stage where mistress of ceremonies Minnie Driver welcomed her peers such as Charlize Theron, Tiffany Haddish, Alison Brie, Mahershala Ali and Kate Beckinsale to the stage to read poems, letters and essays in celebration of women.

While there were satirical moments questioning a woman’s ability to ask for a raise (performed by Anna Kendrick), and Kendrick and Haddish took off their heels in support of Driver’s pained feet, there were also several moments filled with urgency. Amber Heard read a letter that she originally penned for Porter.

“You, like me, don’t see yourself as a victim, but rather as a growing class of women. We have inherited far too much to be resigned to just this, and together we are far too strong to excuse this any longer. So as I write this today, every woman who is out there suffering in silence, you are not alone. You may not see this, but we are there. Your sisters are everywhere.”

Rounding out the readings was a final musical performance dedicated to the late Aretha Franklin that prompted Haddish to beckon the choir back for more music. Sending her table into a roar of laughter she yelled, “I need to dance this wine off, I need another song.”