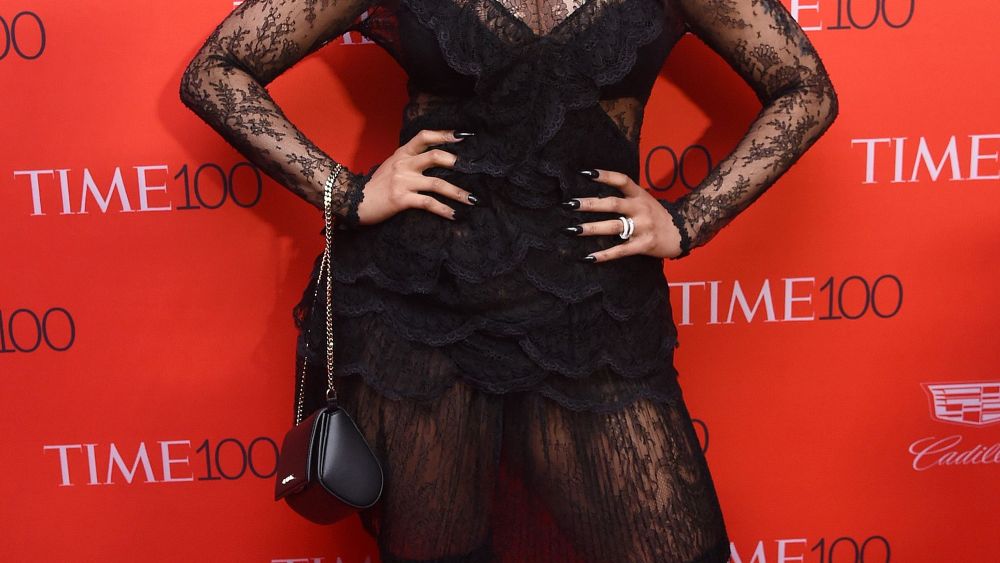 It’s not everyday that you have Caitlyn Jenner and Donald Trump in one room.

While the votes were being counted in Tuesday’s primaries in Connecticut, Delaware, Maryland, Rhode Island and Pennsylvania, the man who would wind up sweeping all five states in the GOP primary was bow-tied in his eveningwear finest, posing for photographers on the red carpet inside the sixth floor of the Jazz Hall at Lincoln Center. Yes, there was much talk of politics at the Time 100 gala on Tuesday evening — and that was before Trump and his wife Melania unexpectedly showed up, secret service agents in tow.

The gala is a rare occasion where the step-and-repeat features equal measures of hip-hop stars in lacy Givenchy, and award-winning scientists doling out their business cards to reporters.

Chinese designer Guo Pei is one of Time’s honorees this year, coming off her grand moment at last year’s Met Gala when Rihanna all but stole the evening in a couture creation of Pei’s. “I was really happy from last year because of my beautiful dress in the exhibition, so many people came to see it,” Pei said, with Wendi Murdoch translating. When asked who has been influential in her life, Pei giggled, before saying, “The most influential person for me right now is my husband, he’s always there to support me and love me.”

“In my career, there was an actress named Sandy Dennis who I just loved,” said past nominee Mia Farrow of her inspirational figures, as she exchanged introductions with “Mad Men” creator Matthew Weiner on the press line. “Oh, and Marlon Brando.”

Priyanka Chopra, who is starring in “Quantico” and will be seen next in the remake of “Baywatch,” said she was most looking forward to seeing Facebook cofounder Mark Zuckerberg. “I’m a geek at heart, and he changed that for us,” she said. “He’s such a cool guy, and such an achiever.”

Marina Abramovic, who was included in last year’s list, offered the following advice for Tuesday’s list: “Take a deep breathe, do all the photos and interviews. And then come next time, like I’ve done, because now really it’s much more fun. Come a second time.”

“I think it’s kind of unusual that the media has given so much coverage to Donald Trump without really questioning some of his most dangerous proposals, like banning 1.6 billion Muslims,” said Arianna Huffington, a short time before the man in question would enter the room.

The night’s most anticipated honoree, Jenner, skipped the press room, and once news of her arrival downstairs hit, the media began to assume things were winding down — until whispers of Trump’s surprise arrival began.

“Mr. President, over here!” shouted one photographer, who was then heckled by a series of reporters. “Don’t call him that,” he was scolded.

While many declined to talk to press — Kloss and her boyfriend Joshua Kushner — pseudo-related to Trump through brother Jared, Ivanka’s husband — sweetly smiled as they walked by; Julia Louis-Dreyfus looked to her publicist in a brief pause before adhering to the handler’s narrowing eyes; Alexander Wang apologizing for skipping interviews in his signature sweet way — but Trump was more than happy to stop by the press room and chat. He discussed his upcoming interview with Megyn Kelly with the room of reporters, saying he was impressed she picked up the phone to call him, and that it was something he might not have done himself. Melania told reporters that when she and Donald disagree on political issues, she tells him, though she wouldn’t elaborate further. “That is private stuff,” she said.

Just as Trump exited the press room, Melania at his coattails, a CNN alert popped up on iPhones, announcing he’d swept all five states at stake. Influential indeed.