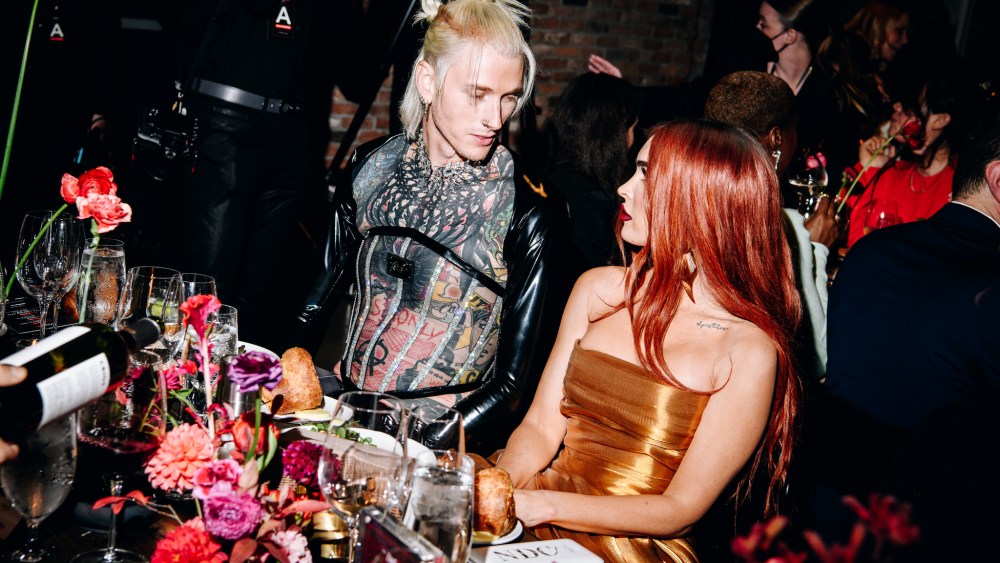 “To be considered of this upcoming generation, among these incredibly talented and intelligent people, is incredibly humbling — and also makes me feel like, what the hell am I doing here?” said “Reservation Dogs” star Devery Jacobs, expressing a sense of imposter syndrome likely felt by many in the crowd. The Mohawk actress leads the acclaimed series “Reservation Dogs,” which is gearing up for its third season, and early next year Devery will star in a queer cheerleading drama executive produced by Elliot Page.

“I grew up on my reservation just outside of Montreal, and grew up not seeing Indigenous communities or characters in front of the camera or behind the camera,” added Jacobs, mulling the broader question of “what’s next.” “What I hope to do is expand stories not only as an actor but also as a filmmaker, to leave the industry a better place than when I entered into it.”

“I had set some pretty modest goals for myself, all of which I met this year,” said Kim. “I never expected that; I expected it to take a lot longer — and it did take awhile, I should say. I just never looked beyond this, and so to be on a list like Next, with the implication being that there’s more to come, is kind of crazy to me, because I never expected to have anything beyond what I have.” But never fear, the actor has created some new goals for himself. “I want to wear all of the hats,” he said. “I want to be an executive producer, show runner, star — I want to do it all.”

Keke Palmer, one of Time’s four cover stars for its Next issue, was on host duty for the evening. “To be a host is always a gift because you get to help set the mood and tone,” said Palmer, who donned a voluminous hot-pink Christian Siriano gown, styled by fellow Time 100 Next honoree Law Roach. “More than anything this is a celebratory night. I want everyone to have a good time.”

Like many in the crowd, Palmer has been stepping further into the producing sphere, and is gearing up for the launch of her own digital streaming channel KeyTV in early November.

“I’m really excited about it because it gives me the opportunity to not only give some great new content from new creators, but also support the new creators and help to in some way democratize the way we see the industry, and how you can break into the industry,” she added. “I want to share that knowledge and share that experience and be able to help the next generation.”

The evening kicked off with cocktails followed by an intimate seated dinner.

“This is like a high school reunion, but only the successful people show up,” quipped Palmer, calling out some of the honorees in the crowd: the “pop stars of political organizing” — that would be Amanda Litman and Ross Morales Rocketto, founders of “Run for Something” — and “heartthrobs” like biophysicist Joseph Osmundson, who Palmer noted is “serving knowledge left and right — and we can all agree knowledge is the sexy we need right now.”

Throughout the evening, honorees took the stage to offer words of inspiration and a toast to their cohort. “Suspend logic and invite magic. That’s what I encourage from all of us,” offered Machine Gun Kelly.

“We can be the change no matter what we look like, where we come from, the color of our skin, what our journey might look like, because we can be ourselves,” said “Bridgerton” star Simone Ashley, dressed in head-to-toe Valentino. “We can celebrate the new, or perhaps we can celebrate what was already there but never had a chance to be seen.”